The Whitewashing — and Resurrection — of Dr. King’s Legacy

On Sept. 20, 1966, in the small town of Grenada, Miss., Martin Luther King Jr. would not get out of bed. Andrew Young, his closest adviser, tried everything. He used all the techniques they had learned over the course of the movement when any one of them faced debilitating exhaustion. Nothing worked. This was not exhaustion. King had fallen into a deep depression, and he would not budge.

King’s bout hit in the midst of the Southern Christian Leadership Conference’s efforts to desegregate schools in Grenada County. He had witnessed, once again, the human capacity for evil. As 150 black students entered John Rundle High School and Lizzie Horn Elementary School, an angry mob gathered outside. White students were dismissed at midday. Half an hour later, black students emerged. The mob attacked the children. Grown men descended upon 12-year-old Richard Sigh and broke his leg with lead pipes. Others laughed as they pummeled a girl in pigtails. No wonder King went to bed.

Near the end of his life, King confronted the uncertainty of his moral vision. He had underestimated how deeply the belief that white people matter more than others–what I call the value gap–was ingrained in the habits of American life. He saw that white resentment involved more than fatigue with mass demonstrations and demands for racial equality–and was not simply a sin of the South. It was embedded in the very psyche of white America.

In King’s final book, Where Do We Go From Here: Chaos or Community?, drafted in early 1967, he argued in part that white supremacy stood in the way of America’s democracy, that it was an ever-present force in frustrating the dreams of the nation’s darker-skinned citizens. At the heart of it was a distorted understanding of the meaning of racial justice. He wrote:

Negroes have proceeded from a premise that equality means what it says, and they have taken white Americans at their word when they talked of it as an objective. But most whites in America … proceed from a premise that equality is a loose expression for improvement. White America is not even psychologically organized to close the gap–essentially it seeks only to make it less painful and less obvious but in most respects to retain it.

This is a devastating judgment about our so-called national commitment to progress. It reduces racial justice to a charitable enterprise by which white people “do good” for black people. This, in turn, provides white Americans with a necessary illusion that preserves the idea of innocence and insulates their conscience or, perhaps, their soul from guilt and blame.

King did not craft this conclusion from thin air. This was a lesson learned from experience. The brutality of the South and the hypocrisy of the country led him to conclude that the view of racial equality as a charitable enterprise distorted the principles of democracy itself and disfigured the moral character of those who believed the lie.

Nearly a year after his refusal to leave his bed, in August 1967, King stated plainly “that the vast majority of white Americans are racists, either consciously or unconsciously.” Eight months later, he would lie dead on the balcony of the Lorraine Motel.

Martin Luther King Jr. has been dead for 50 years now, and over this half-century his bones have been picked clean. Conservatives invoke his name in defense of their vision of a color-blind society. Liberals use him to authenticate their own politics. Black politicians yoke his legacy to their own ambitions.

In so many ways, King’s life has been reduced to the lead character in a fable the nation tells itself about “the movement,” which begins with Brown v. Board of Education in 1954 and culminates with the 1963 March on Washington or in Selma in 1965. It is a neat tale with Southern villains, heightened drama, tragic deaths and heroic triumph. It does not mention King’s depression. It does not reckon with what he told the Rev. D.E. King, that his work “has been in vain … The whole thing will have to be done away.” Instead, it enlists King in fortifying the illusion of this nation’s inherent goodness. It coddles the country from a damning reality.

A genuine reckoning with the murdered preacher reveals a different story. In 1967 at Stanford University, as he toured the nation trying to rally support for what would become his Poor People’s Campaign, King offered this assessment of the movement and the challenges ahead:

His description reads like an account of today: Homeownership among African Americans is just over 40%, 30 points behind the rate for whites. Public schools are as racially segregated as they were in the ’60s, and black kids are three times as likely to be poor as white kids. The nonpartisan Economic Policy Institute reports that black unemployment remains roughly twice that of white unemployment. The wealth gap between black and white Americans has tripled over the last half-century.

Fifty years after King’s assassination, with so much unchanged, Donald Trump has ripped off the scab of the nation’s racial politics, emboldening a kind of overt racism that many convinced themselves had been banished. Hate crimes are rising. Supporters of white supremacists have found jobs in the highest levels of government. Even among some stalwart Democrats we hear demands that more attention should be given to blue collar, white workers and to those economically left behind in rural America or the Rust Belt. This dovetails with the conservative view of the “forgotten” American, who always happens to be white.

All the while, another black family has to bury their loved one killed at the hands of the police. This week, the name resonating is Stephon Clark; next week, it could be someone else. A tragic irony lives on: black death is commonplace, easily understood and yet swept out of sight. It could not be otherwise. For white America to confront the reality of what is happening in the shadows and segregated spaces of this country requires a kind of maturity and honesty that would shatter our national myth that equality has been a shared goal.

It can happen. We’re seeing seismic shifts. Black Lives Matter, #MeToo and March for Our Lives are reconfiguring cultural norms and may signal a realignment of our politics. Jaclyn Corin, a white survivor of the Parkland, Fla., shooting, spoke at the march in Washington, where hundreds of thousands of people had gathered. “We openly recognize that we are privileged individuals and would not have received as much attention if it weren’t for the affluence of our city. Because of that, however, we share this stage today and forever with those who have always stared down the barrel of a gun.” That isn’t “a loose expression for improvement.”

We have a chance, once again, to make real the promises of our democracy. It will require us to honestly confront who we are. No myths. No fables. Evil sent King to his bed, but he got up and kept fighting. We must do the same. 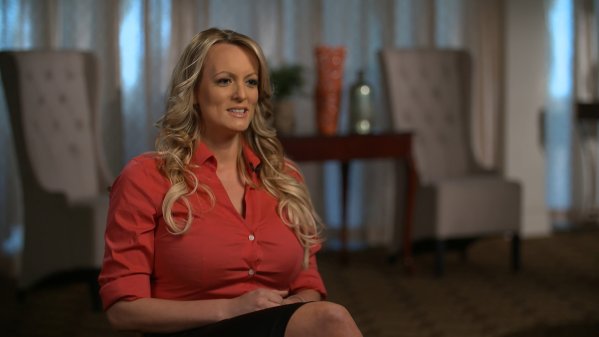