When Jay Sekulow joined President Donald Trump’s legal team for the Russia investigation last summer, he was largely expected to serve as the public face of the group. But after former lead attorney John Dowd resigned last week, and with other top lawyers reportedly reluctant to join the team, Sekulow is now the key player in one of the most high-stakes investigations in the world.

“I have maintained since the beginning of the representation that my interest is representing the client,” Sekulow tells TIME. “And it may take different forms at different times, and we’re just right now in a different phase.”

Sekulow has an unusual background to be a key attorney for the president in a massive criminal probe. The chief counsel for the American Center for Law and Justice (ACLJ) made his name in constitutional cases, not in white-collar crime. (Unlike Dowd, who had a wealth of expertise in white-collar criminal defense.)

“There’s a lot that comes from having the experience of litigating these cases and dealing with the details of pretrial work, particularly of criminal discovery, which is where a lot of the trench warfare in criminal cases plays out,” says Matthew Umhofer, partner at Spertus, Landes & Umhofer who faced off against Sekulow in a 2014 court case about Planned Parenthood. He lists examples of weedy process points like figuring out what the government has to turn over, what evidence to try to exclude and what to challenge before the trial.

“Those are places where a lot of the difference is made in criminal cases,” Umhofer says, “and you absolutely need somebody who is steeped in those rules [and] those cases.”

Sekulow has long been known in the legal world for his work on First Amendment religious liberty fights. The ACLJ is the conservative answer to the American Civil Liberties Union, founded with the mission to “protect religious and constitutional freedoms.” Sekulow has argued a dozen cases before the Supreme Court, including helping Jews for Jesus win a First Amendment case in 1987 over their right to pass out pamphlets in an airport, delivering a 1997 win for students’ right to form Christian clubs on campuses, and, most recently, winning a 2009 case holding that governments can choose to display privately funded monuments, including of the Ten Commandments, on public property.

Along with his skills as an oral advocate, Sekulow is well known for his media commentary on legal and political matters. He has a nationally syndicated radio show—“Jay Sekulow Live!”— and before he was hired by Trump, he frequently appeared on television to defend him. It was a head-turning talent for a president who is famously plugged in to the cable news world. “His primary strength seems to be fundraising [and] TV punditry,” Umhofer says of Sekulow.

But Sekulow no stranger to politics, either. He served as an outside adviser to President George W. Bush on judicial nominations and Supreme Court picks, and advised former Massachusetts Gov. Mitt Romney on his presidential runs in 2008 and 2012. Peter Flaherty, who worked for Romney on both campaigns and has known Sekulow for more than a decade, offers effusive praise for Sekulow that draws on the world of Boston sports.

“Jay is a combination of Bill Belichick and Tom Brady, wrapped into one super-lawyer,” Flaherty says, citing the New England Patriots’ coach and quarterback. “He is capable of both devising successful strategy in a conference room, as well as being able to execute it in a courtroom.”

Critics say that legal expertise in high-minded constitutional issues won’t translate well to the guts of a criminal case. But Sekulow says he feels his “broad background” in the law has prepared him for the current challenge, citing a recent case he worked on in which the IRS admitted to unfairly scrutinizing tax forms of conservative groups. He also notes the overlap between this investigation and his usual territory: “What’s at issue in any of these inquiries with the special counsel’s office is constitutional issues,” he says. “This is an Article II issue … So this is not foreign in that sense.”

The overarching question of whether a sitting president can be indicted is an Article II issue. And if obstruction of justice charges are levied against Trump, certain lines of defense could invoke a president’s Article II authority to control the executive branch. But other matters that could arise from special counsel Robert Mueller’s probe, like any potential financial crimes uncovered that occurred before Trump took office, wouldn’t have Article II ties.

Sekulow will have help mounting a defense. He says that he has a group of lawyers around him with expertise in both constitutional matters and criminal law issues. Andrew Ekonomou, who has been working with Sekulow since June, will assume a more prominent role on the team, a move that was first reported by Reuters and confirmed by TIME Wednesday. According to The Daily Beast, two other lawyers besides Ekonomou who have ties to ACLJ have also been assisting Sekulow. And other attorneys will be added. “It’s not a one-man operation,” Sekulow says, “by any stretch of the imagination.”

One of the biggest questions currently facing Sekulow is whether Trump should sit for an interview with Mueller. A factor leading to Dowd’s resignation was disagreement over an in-person interview, according to the New York Times: Dowd viewed it as too risky, but Trump says he wants to do it. Sekulow says he is maintaining a “cooperative approach” with the special counsel, whose team has already indicted or gotten guilty pleas from 19 people, including four former Trump associates. Whatever comes next, Sekulow is poised to be in the middle of it. 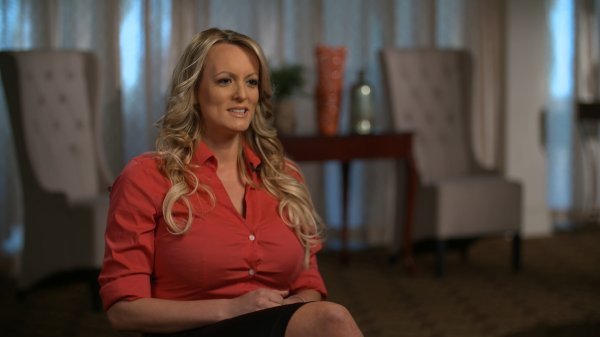