Samantha Bee stopped by The Late Show on Tuesday night and did something unusual—she talked about her wild youth.

Bee, who was on The Late Show to promote her Full Frontal Puerto Rico special, attended March for Our Lives over the weekend, which started her on the path down memory lane and thinking back about what she was like as a teenager. “Stephen, I was stealing cars when I was 15 years old,” the comedian admitted to Stephen Colbert, reminiscing about her childhood in Canada. “I was a delinquent.”

The Full Frontal host claimed that her misspent youth was due to a boyfriend who was “a bad influence” and was blessedly short-lived. “It did not last long,” she told her former The Daily Show coworker. “Ultimately I’m a Catholic school girl at heart,” she said, adding that she was a teen who really liked “a gold star.” While Bee doesn’t really want a do-over, she is impressed with how today’s politically aware teenagers are advocating for change. 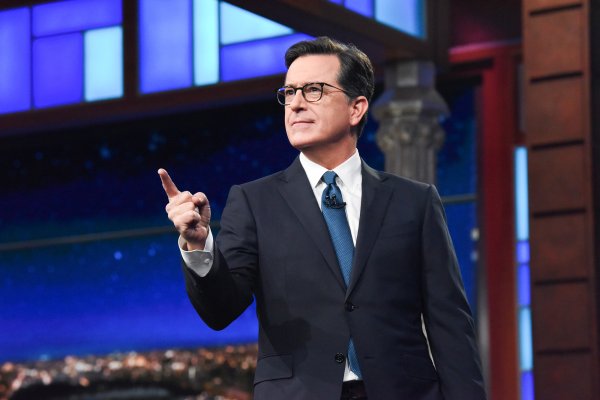 Nothing Thrills Stephen Colbert More Than a New Trump Nickname
Next Up: Editor's Pick