Odds are, you probably never gave much thought to NORAD object number 37820 in the seven years since it went into orbit in 2011. But odds are also that you’re giving a lot of thought to it now. That’s because NORAD object 37820 is also known as China’s Tiangong-1 space station, and it’s coming home—fast.

Tiangong-1, a school bus-sized object that was home to two crews of taikonauts—or Chinese astronauts—in 2012 and 2013, has been on its own since 2016, when the telemetry link between the ship and the ground was lost. In June of that year, backyard astronomers reported that the 18,000-lb. station was tumbling out of control. Three months later, China finally fessed up that yes, the amateurs were right.

At that point, no one could say exactly where or when the ship would auger in, but now things are much more certain. According to the nonprofit Aerospace Corporation, which is one of the many groups tracking the station, Tiangong-1 will reenter the atmosphere this Sunday, April 1 at 12:35 AM EDT—though that prediction has a generous margin of error of plus or minus 24 hours.

The hard hat zone—the band of Earth where the debris could hit—is even bigger and less precise, anywhere from 43 degrees north to 43 degrees south of the equator. A target area that sprawling takes in the southern three quarters of the U.S., all of southern Europe and Asia, as well as all of Africa and nearly all of Australia and South America. So it’s not exactly pinpoint targeting.

The reassuring news is that this is not remotely the first time space junk has fallen from the sky. At least one large satellite drops back to Earth every year. The reigning champ in terms of mass was NASA’s Skylab, which, like Taingong-1, was its home country’s first space station. Unlike Taingong-1, however, Skylab was huge—170,000 lbs, or 77 tons compared to Tiangong’s 9.3.

Skylab made all kinds of news in the summer of 1979, when there was similar wheel-of-fortune speculation about where and exactly when it would land, as well as if—or how much—debris it would scatter. It finally made its fireworks reentry on July 11 of that year, scattering a trail of dozens of pieces of debris across the Indian ocean and into southwest Australia. There were no injuries and there was even a small boon to local tourism: To this day, the little town of Esperance exhibits some of the debris in its local museum, along with a display of the $400 check it received in payment of a (mostly) playful highway littering fine it imposed on the U.S.

Thirty-nine years after Skylab, the business of predicting the reentry of out of control objects has not gotten much more precise. That’s for a few reasons. For starters, what causes orbits to decay in the first place is mostly drag from the faint wisps of atmosphere that reach into what we consider the vacuum of space. The International Space Station, which orbits at an apogee—or high point—of 252 miles, must periodically fire its thrusters to make up for this slow erosion of altitude and speed. Tiangong-1 had a slightly lower apogee of 223 miles. Without any thrusters to keep the ship flying, that’s now down to just 129 miles and falling fast.

Making matters more complicated, the atmosphere subtly expands and contracts in response to solar activity, meaning that the drag it exerts on any orbiting spacecraft can unpredictably increase or decrease. Finally, Tiangong-1 is slowly tumbling. That causes the face—and thus the surface area—it presents to the atmosphere to change constantly, adding one more x-factor to the rate of orbital decay.

Given all of those variables, a plus-or-minus 24-hour prediction period is actually not all that bad. The larger question, of course, is whether anyone will get hit, or—let’s be honest—whether you will get hit. The answer is no, almost certainly.

In the long history of space flight, only one person has ever gotten on the wrong side of a piece of falling space junk. That was Lottie Williams of Tulsa, Oklahoma, who was struck on the shoulder by piece of Delta II rocket in 1996. She was unhurt.

Given that the large majority of Tiangong-1 will incinerate before it ever reaches the ground, that 70% of the Earth’s surface is water and that most of the world’s land mass is entirely unpopulated, the odds of a particular individual being struck are less than 1 in 1 trillion, according to the Aerospace Corporation. The European Space Agency pegs the odds even longer, at roughly 10 million times less than the annual risk of getting struck by lightning, or 1 in 300 trillion.

That’s not certainty. People do win the Powerball lottery, people do lose sure bets, and if Lottie Williams had been standing just an inch or two to the left or right, she would have had a very bad day back in 1996. Still, you can comfortably move on. There’s nothing to see here—or at least nothing to duck here. Probably. 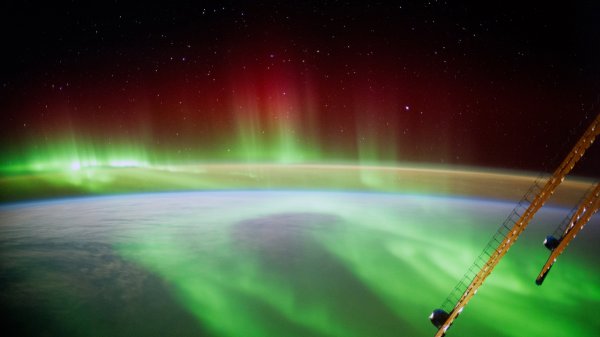 A New TV Series Will Make You Believe the Earth Is an Organism
Next Up: Editor's Pick