North Korean leader Kim Jong Un has said he will denuclearize and meet with U.S. officials, according to a statement issued by China Wednesday following a historic meeting in Beijing, Reuters reports.

The state visit, which is believed to be Kim’s first official trip abroad since assuming power in 2011, was shrouded in secrecy and only confirmed on the last day, when China’s Foreign Ministry acknowledged North Korea’s “unofficial” Sunday to Wednesday visit.

While North Korea’s news agency did not mention any discussions of denuclearization or the anticipated summit with President Donald Trump, China’s account of the Beijing meeting quoted Kim as taking credit for easing tension on the Korean peninsula and paving the way for peace talks, according to Reuters.

“It is our consistent stand to be committed to denuclearization on the peninsula, in accordance with the will of late President Kim Il Sung and late General Secretary Kim Jong Il,” Kim Jong Un was quoted as saying in China’s statement.

Read more: Here’s What a Kim Jong Un Visit to Beijing Could Mean for the U.S.

But the visit also comes amid reports of satellite imagery capturing a North Korean reactor coming online. According to the New York Times, the reactor sits in the Yongbyon nuclear complex and can manufacture plutonium. 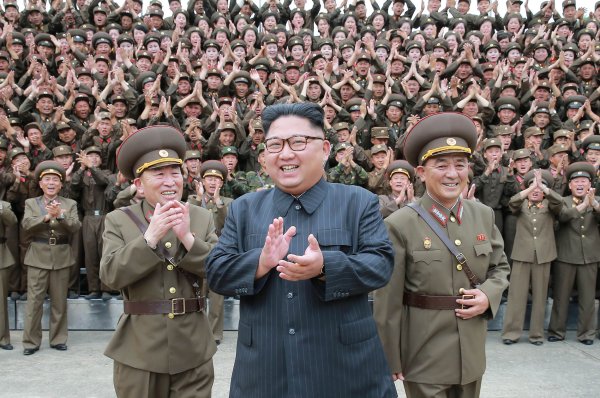 What Kim Jong Un's Visit to Beijing Could Mean for the U.S.
Next Up: Editor's Pick