Boys Still Aren't Getting the HPV Vaccine As Much As Girls, Study Says

When the HPV vaccine first hit the U.S. market in 2006, it was approved only for girls. Boys got the green light three years later — but a new study suggests there’s still a gender gap in vaccination rates.

Despite that recommendation, however, new research from Johns Hopkins Hospital says that as of 2016, just 65% of girls and 56% of boys had started the vaccine course, ABC News reports. The findings were presented Saturday at the Annual Meeting of the Society of Gynecologic Oncology.

The research suggests that the discrepancy between boys and girls stems in part from the advice physicians give to parents, ABC reports. Almost 20% of boys’ parents said their provider had not recommended the shot, compared to roughly 10% of girls’ parents, according to the study.

About a fifth of parents, regardless of the gender of their child, said they felt the shot wasn’t necessary, the study says.

There is one hopeful finding, however. A 2017 study found that just 10% of American men said they had been vaccinated against HPV — so the latest figures suggest that the next generation, at least, will be better off.

Experts have pushed back against low HPV vaccination rates for years, calling repeatedly for better adherence from both parents and physicians. Some parents may be resistant to the shot because they believe it causes adverse reactions, while others think it may encourage sexual activity among adolescents. Research has refuted both of those beliefs, and it’s shown that vaccination does cut down on HPV infection rates. 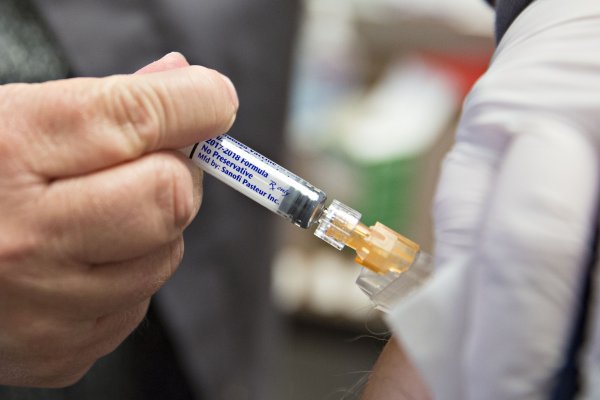 A Second Wave of Flu May Be On the Way, CDC Warns
Next Up: Editor's Pick