There are few ways to please everyone quite like ice cream does, but the ice cream chain Sweet Jesus has really upset a bunch of people.

The Canadian ice cream company, which is expanding into the U.S., has sparked controversy among thousands of Christianity believers who think Christ is one sweet treat that just doesn’t belong on a cone.

Sweet Jesus makes gigantic, brightly-colored swirl cones with plenty of mix-ins. Counted among the menu are soft serve flavors like “Hella Nutella,” which gets topped with the hazelnut spread, corn flakes and crumbled wafer cookies, and “Red Rapture,” which comes coated in red velvet cake, raspberry sauce and meringue crumble.

But the picturesque appeal is lost on the store’s critics who take issue with not only the name but the packaging. The upside-down cross on the company’s cups has raised more than a little hell.

More than 1,100 people signed a petition started by Ian O’Sullivan demanding that Sweet Jesus change its name “immediately” and remove the “antichrist imagery” from the cups as of Tuesday morning.

“If this Ice Cream chain is permitted to keep the mocking and blasphemous name of Sweet Jesus, what is next?” the petition states.

None of this has been enough to thaw Sweet Jesus’s resolve.

The company made it clear the name’s not going anywhere and “was created from the popular phrase that people use as an expression of enjoyment, surprise or disbelief. Our aim is not to offer commentary on anyone’s religion or belief systems. Our own organization is made up of amazing people that represent a wide range of cultural and religious beliefs.” 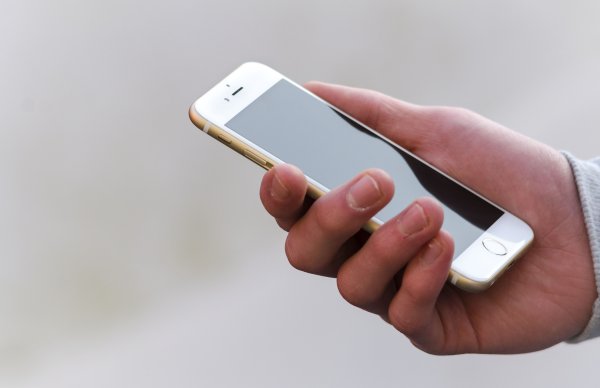 Woman With Steak Knife Steals One iPhone After Browsing Phone Store for Nearly an Hour
Next Up: Editor's Pick