Before there was football’s Colin Kaepernick taking a knee, baseball’s Curt Flood demanding free agency, and boxing legend Muhammad Ali refusing the draft, there was Dr. Ralph Wimbish blazing the sports trail for social change. Unlike Kap, Flood, and Ali, Wimbish wasn’t exactly on the field or in the ring, but his impact changed a sport forever.

In March 1961, the six-foot tall, 212-pound physician was expecting a visit from Alex Haley, the future author of Roots. Haley was sent to St. Petersburg, Fla., on assignment for SPORT, a popular monthly magazine known for its in-depth stories. His job was to find out how this black doctor turned the city of St. Petersburg (the spring training home to the New York Yankees and St. Louis Cardinals), the state of Florida, and Major League Baseball into a hotbed of controversy.

What Haley wanted sports fans to know was that nearly a decade and a half after Jackie Robinson broke the color barrier on the field, Major League Baseball still had a race problem. Even though in 1961 every team had at least one non-white player on its roster, during spring training in Florida (where 13 of the 18 teams trained), ball clubs had no choice but to abide by the laws of Dixie.

After being on the diamond all day, the white ball players were able to retire at a nearby luxury hotel, where they could nap or take a dip in the pool. The black players had to fetch a ride to the other side of town and stay at homes owned by African Americans. This was the baseball version of Jim Crow.

But the times were changing.

As more and more players of color joined the ranks, there was internal pressure to upend the housing segregation that every team was forced to tolerate. The question was who was going to take a stand, either in or outside of baseball?

The way it worked in St. Petersburg was that the Yankee and Cardinal team traveling secretaries would reach out to Dr. Wimbish months earlier to secure housing for its non-white players. Wimbish would then drive around the community with a player or two in his car, seeking suitable quarters, paying for their lodging from the funds he was given by the team.

In early 1961, after much deliberation, Wimbish decided not to assist the teams in this process, and to encourage others to do so as well. Wimbish shared with Haley the reasons why he could no longer tolerate separate housing for non-white (Latinos included) ballplayers during spring training.

“The more I thought about it,” Wimbish confided to Haley, “the more I felt that it was wrong [and] had gone on long enough. It was high time the club and the city put them in the hotel where they rightfully belonged with the rest of the players.”

The issue finally came to a head in late January when Dr. Wimbish met with a local sports reporter.

“The time has come,” Wimbish told the journalist. “It’s time management of the clubs takes a hand,” calling for the Yankees and Cardinals to flex their economic muscle within the city in order to stop the ongoing housing discrimination of their teams’ African American players.

Then came the bombshell. The decision would take effect that spring.

Players were scheduled to report to spring training in two weeks. The following day, the St. Petersburg Times published the interview and the Associated Press as well as the New York Times published their own versions of the story. Wimbish’s policy statement went viral, spreading to almost every Florida city hosting a major league team.

In Sarasota, for example, the Chicago White Sox gave hotel management an ultimatum: reconsider its position or the team would go elsewhere. Sarasota capitulated.

In Tampa, the Cincinnati Reds management voiced its support too for integrated housing.

Even famed Brooklyn Dodger General Manager Branch Rickey jumped into the debate. “There is no earthly reason why Negro players shouldn’t stay in the same hotels and eat in the same restaurants as other players.”

Despite the immediate successes, all eyes were on the pinstripes.

Politically, the sport’s most popular organization, the New York Yankees, was in a delicate situation. It would be easiest for the team to remain on the sideline and let the issue fade away.

Balancing a politically progressive fan base back home versus the views of Southern hotel management, Yankee leadership was walking a tightrope. It needed to take action.

Five days after Wimbish’s statement was published, the baseball world would be shaken again. During what was expected to be an uneventful press conference, Yankee co-owner Dan Topping revealed his team’s future plans. When asked about how his team was addressing the current housing situation, Topping announced that the club was breaking its contract with the City of St. Petersburg and moving its team next year to Fort Lauderdale, where all of its players would be accommodated in the same quarters.

Spurred on by Wimbish, teams dealt with the race issue head on. They did what Wimbish had hoped—they had given their host city an ultimatum. Either they’d leave town as the Yankees did, or force the municipality to allow all of their players to be housed together. Not all the teams integrated their clubs as quickly as the White Sox or Reds. By 1964, the Minnesota Twins, who were based in Orlando, became the last team in baseball to desegregate its living conditions.

Dr. Ralph Wimbish did not have a chance to experience fully the fruits of his labor. In 1967, he died at the age of 45. His name may have been forgotten, but his impact remains in tact.

Adam Henig is the author of Baseball Under Siege: The Yankees, the Cardinals, and A Doctor’s Battle to Integrate Spring Training (2016) 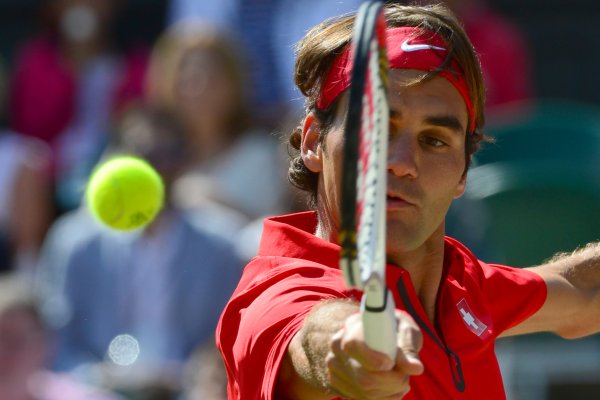