Target is officially blessed. The superstore has the Beyoncé stamp of approval, that is, after the Lemonade star was spotted shopping at a Westwood-area location in L.A. with her daughter Blue Ivy over the weekend. (Twins Sir and Rumi were nowhere to be seen, however.) It’s not the first time Queen Bey has made a Target run either, previously filling up a cart with all the goods her heart might desire before Christmas.

This time, Beyoncé’s cart was once again very full — near to overflowing. Looks like she enjoys a good bargain just as much as the rest of us.

Bey may have gone security-free for this low-key shopping outing with Blue Ivy, but she’ll soon be collecting attention as the Coachella headliner before setting out on her On the Run II tour with husband Jay-Z. That kicks off in June in the U.K. For now, she seems to be enjoying her casual mother-daughter retail bonding time.

Twitter is thrilled to see Beyoncé be just like us. After all, anyone who shops at Target too can now basically consider themselves Beyoncé’s best friend. That’s how it works, right? 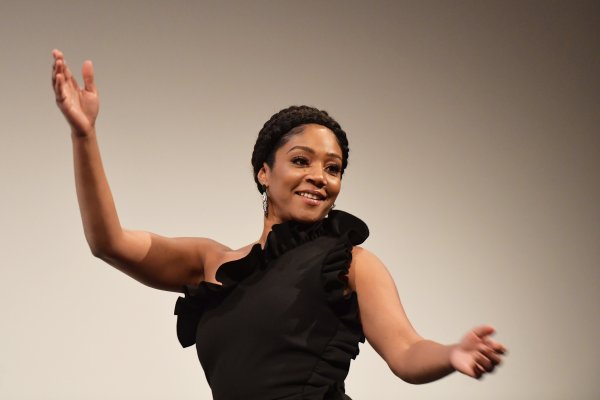 Tiffany Haddish's Says Her Friendship With Beyoncé Began After Someone Bit Beyoncé's Face
Next Up: Editor's Pick