The Simpsons Give Donald Trump His Own Christmas Carol Awakening

The Simpsons writers seem to have been reading some Charles Dickens lately. In a new three-minute film, released over the weekend, President Donald Trump has an awakening straight out of the A Christmas Carol playbook.

In “A Tale of Two Trumps”, Trump takes a long hard look at himself in the mirror and reconsiders a few of his life choices. “You’ve been acting like a narcissistic sociopath and 64 percent to 67 percent of the people hate you!” he tells himself. While Ebeneezer Scrooge had his self-realization thanks to the visits of three Christmas spirits, Trump’s moment seems to have been triggered by headlines like “Jared Loses Access to Ivanka”, “Trump Tweets Actual Fact By Mistake”, and “Putin Names Self U.S. Secretary of State”. While Simpsons’ Trump vows to do better, it may be too late to save his marriage to Melania, who is shown reading both Michael Wolff’s tell-all book Fire and Fury and a book on pre-nup law.

Like in Dickens’s A Christmas Carol, though, Trump soon awakens from his nightmare and realizes that it was all a dream. While Scrooge took the lesson to heart and went to share Christmas dinner with the Cratchit family, in the video, Trump rises from his bed to “tweet what’s deep in [his] heart” and all he can manage is—“Alec Baldwin wears a hairpiece. Sad!”

Because The Simpsons predicted Trump’s presidency (and many other news stories), the events portrayed in “A Tale of Two Trumps” could always come true. 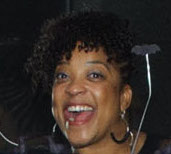