While the March for Our Lives goes on following the deadly Parkland, Fla., school shooting, one school district has a different approach to gun safety — rocks.

David Helsel, the superintendent of the Blue Mountain School District in Pennsylvania, testified to the state’s House Education Committee that classrooms in his district have been given buckets of rockets, an ABC affiliate reported.

“Every classroom has been equipped with a five-gallon bucket of river stone. If an armed intruder attempts to gain entrance into any of our classrooms, they will face a classroom full students armed with rocks and they will be stoned,” Helsel said.

Helsel noted that schools also conduct active shooter and evacuation drills, but the stones are available if a teacher puts a classroom on lockdown, according to the affiliate station.

While debates have emerged on whether or not to arm teachers as a line of defense, Helsel said that’s being considered, though Blue Mountain High School does have an armed security guard. The school also has devices in its doors to help keep them secure, and trains its students on how to barricade doors to help prevent the need for the stones, Helsel said, according to the network.

“At one time I just had the idea of river stone, they’re the right size for hands, you can throw them very hard and they will create or cause pain, which can distract,” Helsel said. 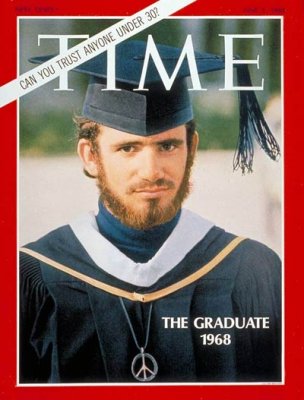 This Man Was Chosen to Represent the Class of 1968. Here's What He Thinks His Generation Achieved
Next Up: Editor's Pick