Daylight Saving Time Could Soon Be Year-Round in Florida

Mark Brown adjusts clocks on the wall at Brown?s Old Time Clock Shop March 6, 2007 in Plantation, Florida. This year day light savings time happens three weeks early and some people fear that it could cause some computer and gadget glitches.
Joe Raedle—Getty Images
By Jennifer Calfas

Florida Gov. Rick Scott signed off on legislation Friday that would make daylight saving time in the Sunshine State year-round. The move would lengthen the amount of sunny hours in the winter and no longer require Floridans to set their clocks back an hour in the fall — and, as a result, move them forward in the spring.

Scott said observing daylight saving time year round would mean people in Florida could “enjoy everything our beautiful state has to offer later in the day,” according to the Associated Press.

The implementation of the legislation, however, would only happen if approved by Congress on the federal level, the bill says. Since the federal government determines the nation’s time zones, it also controls the start of daylight saving time and the return to standard time, Florida included.

Other states like Maine and Massachusetts have explored trying to permanently move their clocks forward year-round. With the dark evening hours of the winter, residents in those states have said they use more electricity. The darker hours also can impact those with depression and seasonal affective disorder. 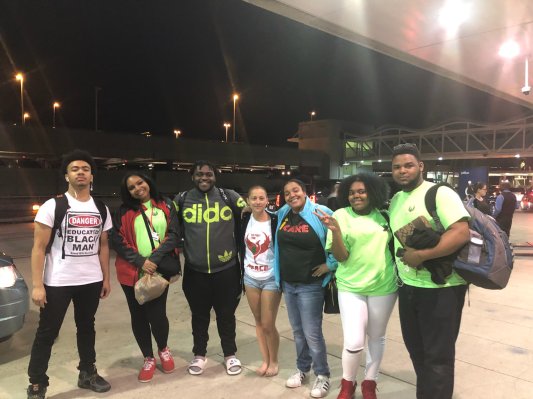 'They Are Lifting Us Up.' How Parkland Students Are Using Their Moment to Help Minority Anti-Violence Groups
Next Up: Editor's Pick