When it comes to the worst Saturday Night Live guest host, alums Bill Hader and Jay Pharoah are in agreement: It’s Justin Bieber.

Sorry, Biebs, but the SNL veterans were pretty quick to reveal their answer when asked about it by a guest caller on Andy Cohen’s Watch What Happens Live.

As Hader explained, “He was just in a bad place. Maybe he’s in a better place, but back then… it was rough.” The star of HBO’s Barry added later, “He just seemed exhausted or [at] the end of the rope.”

Hader had already spoken about the atmosphere backstage when the “Sorry” singer hosted in February 2013. As he told Howard Stern on the SiriusXM radio show, “Justin Bieber showed up with like 20 guys and every time — backstage is a very small constructed place — he had a guy holding a slice of pizza, a guy holding a Diet Coke. You were trying to fight around all these people to get dressed.”

On the flip side, Hader also told Stern, “I had nice chats with [Bieber] when he was doing the scenes… he was a nice guy. He would try to do the best that he can.”

Pharoah followed up his stint on SNL with White Famous, which got the ax at Showtime, and a performance in Steven Soderbergh’s shot-with-an-iPhone film Unsane. Meanwhile, Hader returned to guest host the late-night sketch comedy series on Saturday, March 17.

A rep for Bieber did not immediately respond to EW’s request for comment. 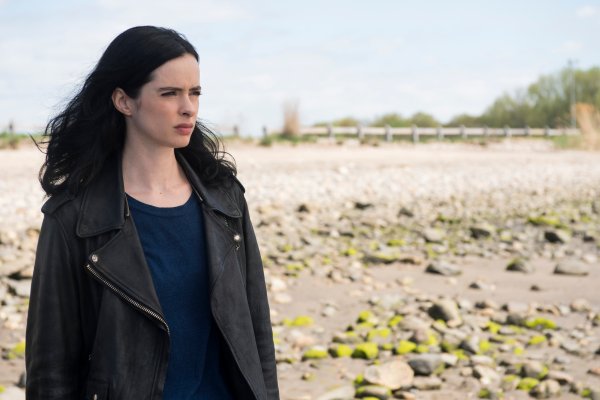 Krysten Ritter on the Righteous Anger of Jessica Jones and #MeToo
Next Up: Editor's Pick