Here's Why Trump's Spending Bill Veto Threat Is So Baffling

Despite earlier statements that he would sign the $1.3 trillion omnibus bill, which lawmakers approved on Thursday before leaving for a two-week vacation, Trump argued that the bill did not include money for a border wall with Mexico or a solution for undocumented immigrants brought to the United States as children.

The tweet alarmed many on Capitol Hill, which was otherwise quiet: many members of Congress already had left town for the recess period, which would make it more likely that a veto could end in a government shutdown. “Most people are gone,” one senior congressional aide tells TIME. “If this happens, we’re having a shutdown.”

It also left many scratching their heads. Trump blamed Democrats for the absence of a DACA solution, but it was the Democrats who earlier this week offered the president what many in their party considered a generous compromise: full funding for Trump’s border wall, to the tune of $25 billion, in exchange for a path to citizenship for the 1.8 million young immigrants known as Dreamers.

In the end, no compromise on immigration was reached. (Trump got just $1.6 billion for border security, most of which was allocated for fencing.) But the bill nevertheless had adequate bipartisan support to pass — and, it should be stressed, the vocal backing of the Trump Administration. On Thursday, the White House described the omnibus bill as “a victory for the American people and supports President Trump’s priorities.”

In remarks at an event in New Hampshire on Thursday, Vice President Mike Pence praised the package, commending its emphasis on military funding.

“President Trump promised to rebuild our military and restore the arsenal of democracy,” Pence said. “And in just a day he’s going to have on his desk a bill that will make the largest investment in our national defense since the days of Ronald Reagan.”

“Let’s cut right to the chase: Is the President going to sign the bill? The answer is yes,” Office of Management and Budget director Mick Mulvaney told reporters on Thursday. “Is it perfect? No. Is it exactly what we asked for in the budget? No. Were we ever going to get that? No. That is not how the process works.”

Lawmakers and their staffs are now steeling for a contingency plan should Trump indeed veto the package. Democrats saw a possible silver lining: if the government shuts down, they will have new leverage to negotiate.

“One of two things will happen,” a senior Democratic leadership aide told TIME. “Either he’ll sign the bill by the end of the day, or he’ll sign a bill that’s worse for him after the Republicans come to the Democrats to end a shutdown.”

But when it comes to this administration, predicting the future is more often than not a futile exercise.

“No one expected it, but no one was that surprised by it,” the aide said of Trump’s veto threat. “This is what he does.” 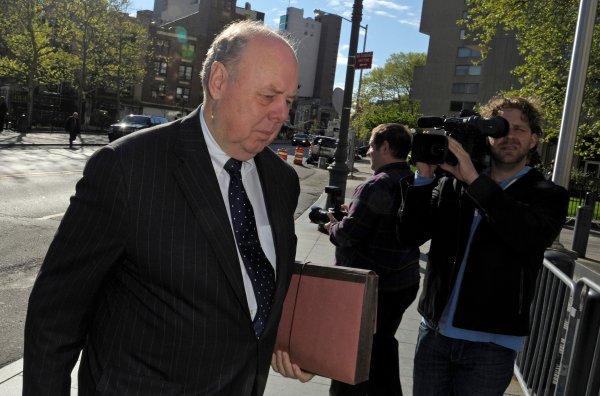