About 150 whales washed ashore in western Australia Friday, most of them now dead, prompting a massive effort to save the survivors as an incoming tropical cyclone approached.

The beached whales were first spotted by a fisherman in Hamelin Bay, about 180 miles south of Perth, the BBC reports. Most of the animals, believed to be short-finned pilot whales, had already perished, but rescue efforts by Parks and Wildlife officials, veterinarians and volunteers were soon underway to save an estimated 15 survivors.

“The strength of the animals and the windy and possibly wet weather conditions will affect when and where we attempt to move them out to sea,” said Jeremy Chick, an official from the Department of Biodiversity, Conservation and Attractions. “The main objectives are to ensure the safety of staff and volunteers, as well as the whales’ greatest chance of survival.”

The pile-up of whale bodies also prompted a shark alert for nearby beaches, as the dead carcasses could attract the predators, the BBC reports.

Scientists have not yet identified the cause of the event, but mass beachings, particularly involving long- and short-finned pilot whales, are not infrequent in Western Australia, Curtin University marine biology specialist Bec Wellard told ABC Australia.

Most are caused by human activity, illness, or a pod making a navigational error. In 2009, about 80 whales and dolphins died in a mass beaching at the same location, while 20 whales were beached in Bunbury, western Australia in 2015. 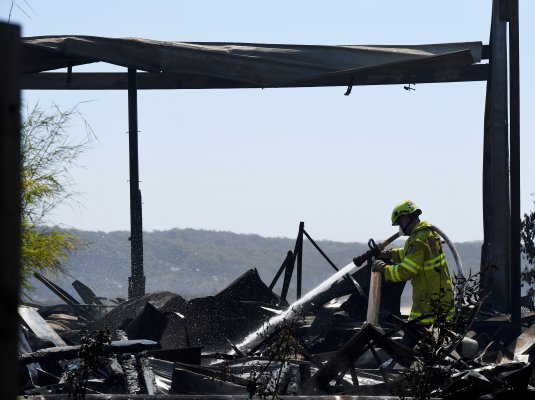