Everyone can get a look at the invitations for Prince Harry and Meghan Markle’s royal wedding, the biggest fancy hat event of the year.

Kensington Palace announced Thursday it was officially sending out the wedding invitations to 600 lucky guests.

Barnard and Westwood, a printing company based in London that has been working with the royal family since 1985, is creating the invitations using a traditional die-stamping process. And the invitations to the royal wedding pay homage to both of their roots — with American ink (since Markle is originally from the U.S.) printed on English paper, according to Kensington Palace’s tweets.

The royal wedding invites are embossed with The Three Feather Badge of The Prince of Wales at the top and black text. And all the guests’ names are etched onto the invite with a calligraphy printer.

And for those who will likely not get an invite, but are interested in knowing what they say —Kensington Palace has your back:

The royal family, Markle’s family, and friends of the couple will be on deck for the church service on May 19 at St George’s Chapel, Windsor.

After the ceremony, Prince Harry’s grandmother Queen Elizabeth II will host the reception where lunch will be served.

Only 200 lucky guests will be invited to the after party at the Frogmore House, hosted by Prince Harry’s father, the Prince of Wales. Fans know this was a key spot for in the early days of the soon-to-be royal couple’s courtship. 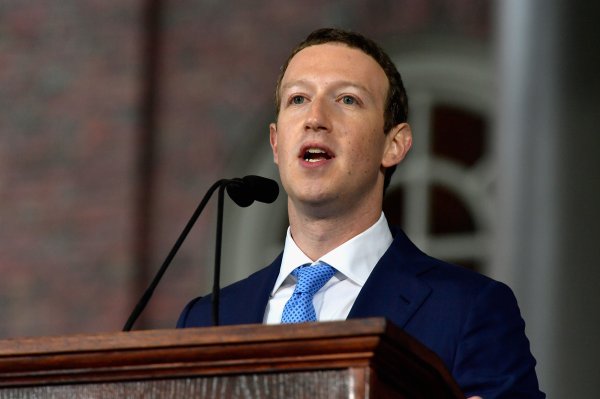 'It's Not Good.' Mark Zuckerberg Discusses the #DeleteFacebook Campaign
Next Up: Editor's Pick