Why the Summer Zervos Lawsuit Against President Trump Matters

Summer Zervos a former contestant on "The Apprentice" looks at the camera as she embraces lawyer Gloria Allred after they leave the New York County Criminal Court on Dec. 5, 2017.
Kena Betancur—AFP/Getty Images
Ideas
By Justin Florence
Florence is the Legal Director of Protect Democracy, a cross-partisan nonprofit.

Since taking office, President Trump and his lawyers have repeatedly trotted out the argument that this President is above the law. Whether declaring he has “the absolute right” to do what he wants with the Justice Department, or seeking to avoid litigation against him with claims of immunity, the President all too often purports to be the king of the castle, not President of a democratic nation.

Tuesday’s opinion from Judge Schechter of the New York Supreme Court in the Summer Zervos defamation case against Trump rightly rejects these claims. The very first sentence, “No one is above the law.” could not be clearer. No one, not even and perhaps especially not the President of the United States is entirely immune from suit.

The case involves former Apprentice contestant Summer Zervos, who is suing President Trump for defamation because he called her a liar after she accused him of sexual misconduct. The suit was filed in January of 2017, shortly before inauguration day, in state court in New York, where Zervos and Trump both lived at the time. Trump responded to the suit with the argument that — because he is now President — he cannot be sued in state court. Trump’s lawyers argued that a constitutional provision making the Constitution and federal laws the supreme law of the land prevents state courts from hearing cases against a sitting President. In other words, Trump’s argument is that because the President holds an important federal office he can’t be sued in a state court.

As the New York court noted, the U.S. Supreme Court made it clear 20 years ago that the President’s office doesn’t place him beyond the reach of the courts in Clinton v. Jones, a case involving strikingly similar circumstances. (That was the sexual harassment suit brought by Paula Jones against President Clinton over his conduct while he was Governor of Arkansas.) In that civil suit, the Supreme Court ruled unanimously that a president can be sued in a civil case based on his personal conduct before taking office. For wrongful conduct not falling within his official duties, the President is subject to suit just like any other American.

My organization Protect Democracy, a cross-partisan non-profit, filed the lone friend of the court brief in the Zervos case. We did so on behalf of three constitutional law professors who also filed a brief 20 years ago in the Clinton v. Jones case. Although the political party of the President has changed, the arguments the professors advanced are the same: that the President of the United States is not immune from civil suit for his personal conduct. That principle is just as true in state court as in federal court.

The New York Court got it just right in its opinion this week, explaining that “Nothing in the Supremacy Clause of the United States Constitution even suggests that the President cannot be called to account before a state court for wrongful conduct that bears no relationship to any federal executive responsibility.”

Some people worried after Clinton v. Jones that there would be a flood of meritless litigation against Presidents in their personal capacity just to harass them. But neither President George W. Bush nor President Barack Obama became the target of widespread vexatious litigation. That may not hold true for this President if he’s done things he shouldn’t have and for which the victims are entitled to seek legal relief.

As a result of Tuesday’s decision, Zervos’s case can move forward, and the President will have to face her allegations like anyone else would. And if others have been harmed by a violation of state law by Trump in his personal capacity, they can too.

The presidency affords Trump substantial power and privilege — but in our country, the law still reigns supreme.

After this decision, it will be much harder for Trump to make the argument, “When you’re president, they let you do it.”

Justin Florence is the Legal Director of Protect Democracy, a cross-partisan nonprofit. He previously served as Special Assistant to the President and Associate White House Counsel in the Obama Administration. He tweets at @justingflorence. 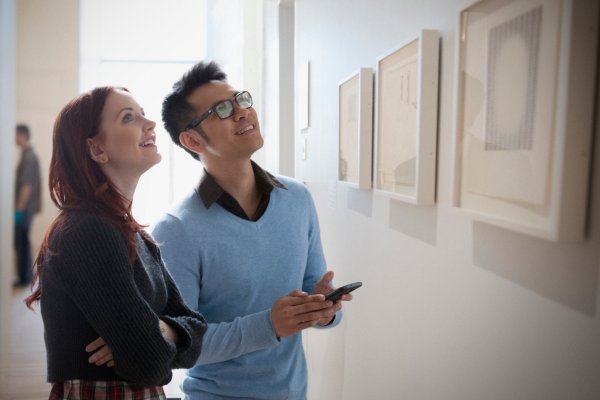 What If Museums Cost More for Rich People
Next Up: Editor's Pick