'It's Not Good.' Mark Zuckerberg Discusses the #DeleteFacebook Campaign

After days of silence following allegations that data firm Cambridge Analytica pulled personal data from 50 million Facebook users for its work on Donald Trump’s 2016 presidential campaign, Mark Zuckerberg is addressing not only the controversy, but the backlash the social media giant is facing, including the #DeleteFacebook campaign.

During an interview with The New York Times, Zuckerberg talked about the trust that Facebook users have lost in the platform and the effect of the #DeleteFacebook movement.

“I don’t think we’ve seen a meaningful number of people act on that [#DeleteFacebook], but, you know, it’s not good,” he said. “I think it’s a clear signal that this is a major trust issue for people, and I understand that. And whether people delete their app over it or just don’t feel good about using Facebook, that’s a big issue that I think we have a responsibility to rectify.”

Zuckerberg also addressed concerns over the possibility that Facebook could affect a future election in the same way it did the 2016 presidential election.

“These problems aren’t necessarily rocket science,” he said. “They’re hard, but they’re things that if you invest and work on making it harder for adversaries to do what they’re trying to do, you can really reduce the amount of false news, make it harder for foreign governments to interfere.” 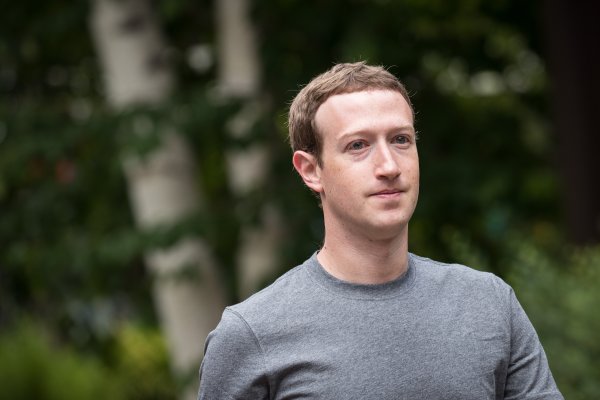 The Internet Is Not 'Feeling Satisfied' With Mark Zuckerberg Amid Facebook's Cambridge Analytics Controversy
Next Up: Editor's Pick