This Man Was Chosen to Represent the Class of 1968. Here's What He Thinks His Generation Achieved

Brian Weiss appeared on the Jun. 7, 1968, cover of TIME when he was a 21-year-old senior Anthropology major at UCLA and the Editor-in-Chief of the student newspaper the Daily Bruin.
By Olivia B. Waxman

Now, as the new issue of the magazine looks at a new era of student power — exemplified by the activists of Marjory Stoneman Douglas High School in Parkland, Fla., and their leadership of the #NeverAgain movement for stronger gun-control laws — a note to readers from TIME’s Editor in Chief Edward Felsenthal draws a parallel between these two moments in history.

“This generation of students has an instinct for humanity that may help redress what many of their elders concede is an imbalance in American life,” the magazine noted back then, referring to the groundswell of opposition to the Vietnam War that spread from college campuses. It’s that idea, Felsenthal notes, that could also apply to today.

The college class of ’68 — who graduated high school shortly after President John F. Kennedy was assassinated and finished college in a watershed year that started out with the Tet Offensive and the death of Martin Luther King, Jr. — “tends to have a sober, even tragic view of life” and “combines an idealism with a cynicism about society’s willingness to embrace their ideals,” the magazine wrote. “The graduates do not speak with a common voice but with common candor, sometimes naively and too glibly, often with a deep faith in the perfectibility of man.”

To see if that was still the case, TIME recently called up the Baby Boomer who was chosen to represent the nation’s 630,000 college seniors on the cover. His name is Brian Weiss, and at the time he was a 21-year-old senior anthropology major at the University of California, Los Angeles and the Editor in Chief of the student newspaper the Daily Bruin. But, though the original story focused on cynical optimism, he says he’s more accurately described as a “rational pessimist,” which is what TIME called his generation in a follow-up piece three years later.

“We were optimistic, at that point, that we could affect very substantial changes and I think that much of that has proved to not be possible,” says the now 71-year-old “still bearded” writer, in a call from Pasadena, Calif. “At that point, with the optimism of youth…we thought we would stop a war and perhaps stop all wars. I think we were successful in stopping a war. Clearly, [we] have not been successful at stopping all wars. Change, by and large, happens slowly.“

What they did do successfully, however, is show people that they couldn’t rely on politicians to know all of the answers and trust that they’d look out for their best interests.

“I feel our legacy, our gift to the next generation, was a degree of awareness that has made the current high school movement a reality,” he says. “We collectively need to participate in our society, our government, and I think there’s a greater perception today that people need to take action. We cannot simply stand by and think everything will take care of itself.” 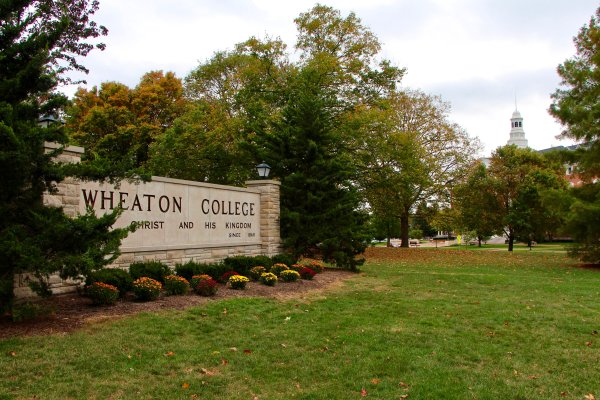 Wheaton College Football Player Says Coaches Turned Blind Eye as He Was Kidnapped and Sexually Violated in Hazing Attack
Next Up: Editor's Pick