In the midst of Facebook’s massive data scandal, Stephen Colbert is having to come to terms with the fact that President Donald Trump’s nicknaming abilities may not be what he thought they were.

During the opening monologue of Tuesday’s episode of The Late Show, Colbert gave a brief rundown of the ongoing controversy, explaining how Cambridge Analytica—a data and political analysis firm that has ties to Trump’s election campaign—collected the private information of 50 million Americans using Mark Zuckerberg’s social network.

He then aired hidden camera footage from Britain’s Channel 4 of Cambridge Analytica CEO Alexander Nix revealing that the firm was behind Trump’s infamous nickname for Hillary Clinton during the 2016 election, “Crooked Hillary.”

“Wait, wait! They made up Crooked Hillary,” Colbert exclaimed. “Coming up with demeaning nicknames was the one skill we knew Trump had. You can’t take that away from the man.” 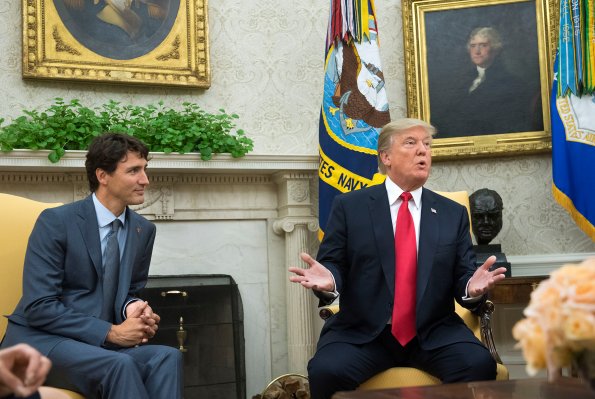 Seth Meyers Found the One Element of Truth in What Trump Said to Justin Trudeau
Next Up: Editor's Pick