A bus crash in the central Philippines left 19 people dead and another 21 injured Tuesday night, according to police.

The passenger bus was headed to the Philippine capital Manila when it crashed through a guardrail and plunged off a cliff into a 5o-foot-deep ravine in Occidental Mindoro province, according to the Associated Press.

The driver was among those killed, and children are reportedly among the injured.

Police are investigating the cause of the accident and have not ruled out mechanical issues, a regional police spokesperson said.

The country’s public safety regulator responded Wednesday by suspending the licenses of 10 buses associated with the bus company for 30 days, according to the Philippines-based Rappler.

The Philippines has a high rate of road fatalities due to lax traffic law enforcement, poor safety regulations, and the abundance of older vehicles on its roads.

According to the Philippine Statistics Authority (PSA), 10,012 people were killed in traffic accidents in 2015, hundreds of them children, as the number of road-related fatalities has climbed steadily since 2006. 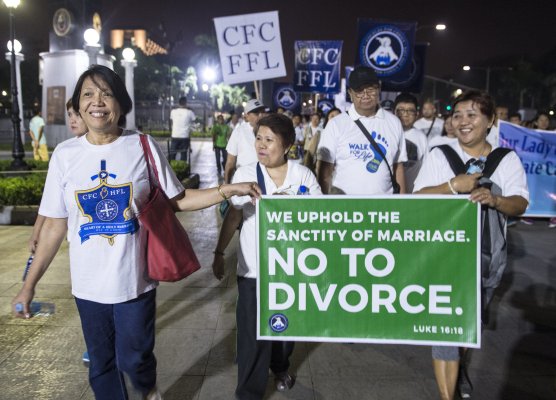 The Philippines Just Took It's First Step Toward Legalizing Divorce
Next Up: Editor's Pick