After North Korea sent a musical delegation to the Winter Olympics, Seoul will respond in kind with a show of its own. Around 160 musicians, including several high-profile K-pop stars, will visit Pyongyang on March 31 — the first South Korean performers to head north on the peninsula since 2005, Reuters reports.

“Our first task will be to instill the same awe in North Korean audiences as we do our South Korean ones, and make sure nothing is awkward,” Yoon Sang, a singer and record producer who will direct the upcoming concerts, told Reuters.

The South Korean ensemble will put on two shows, one in the East Pyongyang Grand Theater, and one in the Ryukyung Chung Ju-yung Gymnasium, a facility built by both North and South Korea and named after Hyundai founder Chung Ju-yung.

The South’s musical envoy comes amid an attempt to thaw relations in part by renewing cultural exchanges in the wake of talks along the Koreas’ shared border in January. The upcoming concerts will reciprocate the 140-member orchestra troupe the North sent to Seoul and Gangneung at the start of the Winter Olympics. That posse was led by Hyon Song Wol, a singer in North Korea’s all-female Moranbong Band, and a rising political star in Kim Jong Un’s regime. 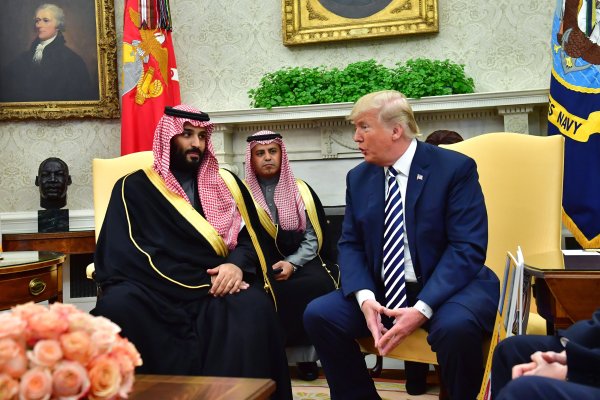 How Cheap Oil Is Pushing Saudi Arabia to Reform
Next Up: Editor's Pick