The Boss: How Kerry O'Brien Made Millions From Selling Seamless Underwear

Courtesy of Commando
By Kerry O'Brien

When I was 30, I quit my job as a senior vice president at one of the world’s largest public relations firm. It was certainly a risk, as I had risen swiftly up the ranks, becoming one of the youngest executives in the firm’s history. I should have been happy. I should have wanted to stay. But on the morning after September 11, I resigned. I didn’t have a plan or a strategy, just the conviction that I could be doing something else with my life. That I should be doing something else with my life.

Commando, the women’s intimate apparel brand that I started in 2003, was destined to be my next chapter, but I didn’t know it at the time. My background was in public relations. I wasn’t trained as a designer and knew little to nothing about the intimate apparel industry. This, it would turn out, would be an incredible advantage. As the founder of a company that is known for breaking the rules, not acquainting myself with the rules in the first place was an excellent place to start.

After I left my job, I flirted with writing a book. I collected myself and thought about my next move. And while the path to Commando was far from easy, the idea for the company came when I realized that while I was passionate about clothing, and had a favorite brand for just about everything I put on my body, I didn’t have a favorite brand of underwear. Boom. I was off and running.

When starting Commando, I asked questions, I didn’t take no for an answer, I pushed and then I pushed harder. When people told me that my vision for my first product — underwear without elastic or trim — wasn’t achievable, I didn’t believe them. When I hit a wall, I immediately searched for a new path. One of my favorite questions became, “Do you know anyone who can help me?” And nine times out of ten, the answer was yes.

Commando still does things differently. The underwear company started by a financial public relations executive isn’t based in New York, but my home state of Vermont. We use luxury-technical European fabrics and cut and sew our garments here in the United States, resisting overseas manufacturing. We consistently favor quality over profit. I’m a female CEO and designer in a surprisingly male dominated segment of fashion. And we entered the market when intimate apparel was all about push-up bras and industrial strength shape wear with a product that’s all about comfort, which was radical at the time. Our seamless undergarments are designed to create a smooth foundation by working with a woman’s body, and women loved it.

Over the years, this company that is often viewed as an overnight success has caused me many sleepless nights. This was no more true than during the financial crisis of 2008, when consumers were holding tight to their wallets and hoping to weather the financial storm. Our manufacturers were panicked, as customer after customer called to cancel their orders, looking to reduce inventory that was sure to be a liability. It would have been smart for commando to do the same, but we knew that if we stopped producing now, that our partners might not be there when it was time to get the machines up and running again. They would have been forced to turn off their lights and lock the doors for good. So we kept the product coming.

During that time, when far more product was coming in the door than was going out, I knew that our approach was risky, but nonetheless, it was the only one that made sense. Sometimes taking a risk is the only logical course of action. I’ve believed that when I walked away from my public relations career over fifteen years ago. And standing at the helm of a successful and rapidly growing brand, I can tell you that I believe it today. 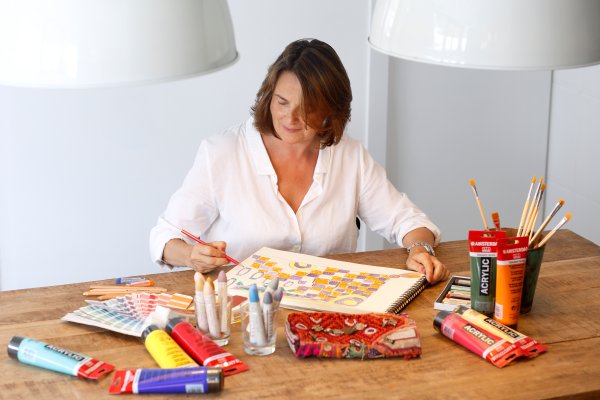 The Boss: Lorena Canals Made Being a Parent Infinitely Simpler
Next Up: Editor's Pick