A view of the cherry blossoms and the Washington Monument and the Tidal Basin in Washington, D.C., circa 1948
Michael Ochs Archives/Getty Images
By Daniel Stone

To be a tourist visiting the annual cherry blossom festival in Washington, D.C. — which in 2018 will celebrate its official opening on March 25 — is to see one of the greatest displays of botanical enthusiasm on the planet. For two weekends each year, the Tidal Basin near the Washington Monument and Jefferson Memorial fills with people framing their best photo of the pink and white blooms all while waiting for everyone else to get out of their shot.

The trees are a symbol of Washington, now as American as amber waves of grain, John Deere tractors and Super Bowl commercials for fruit. But the story behind the trees is far more fraught and dramatic than bright blooms on a sunny day. And they came perilously close to not arriving at all.

The trees are the result of an era of feverish botanical exploration underwritten by the U.S. government in hopes of beautifying and diversifying what at the turn of the 20th century still felt like a very young America. Too many farmers were growing all the same crops—corn, oats, and wheat—leaving the country’s agriculture sagging and unprofitable. The USDA sent a botanical spy named David Fairchild around the world in search of novel crops that could enliven American agriculture. He returned with the nation’s first official avocados, mangoes, dates, Egyptian cotton and hundreds other crops.

The cherry blossoms were also one of Fairchild’s triumphs, but not for their economic potential. Cherry blossom trees don’t produce cherries, which effectively makes them sterile and, as a result, rather useless to farmers. But in Japan in 1902, Fairchild fell in love with the blossoms for their appearance and for their potential to help beautify Washington, D.C.

America’s capital was badly in need of a makeover at the turn of the 20th century, particularly as Teddy Roosevelt’s new presidency brought youthful excitement to government and the idea of a rising country. The impressive Washington Monument had been clumsily placed on the banks of the Potomac River, where lapping waves encased the area in a perennial field of mud. The writer Thomas Nelson Page gave a speech in Washington in 1910 effectively calling the city a monochromatic bore. He said, “We are much given to claiming that Washington is now the most beautiful city in the country, and one of the most beautiful in the world.” But it isn’t, he said, and claiming such nonsense is “unworthy of a great people.”

Fairchild floated the idea of cherry blossom trees to beautify the so-called “speedway,” the area now known as the Tidal Basin, where cars once passed at incredible speeds of 30 miles per hour (and where they now sit ironically in traffic bottlenecks). A writer named Eliza Scidmore had also thought for years that such trees could work in Washington, but Fairchild, a scientist in a town of self-admiring men, was able to give the idea a stronger push. In 1908, the new first lady Helen Taft was convinced, and her husband, the president, was intrigued by the opportunity for diplomacy. The trees provided a chance to paper over animosities born from a trade and immigration imbalance with the Japanese.

By coincidence, Japanese officials were also looking for a way to pay tribute to the United States. Several wealthy Americans had provided Japan financing to buy weapons that helped the country defeat Russia in the Russo-Japanese War that ended 1905. Aware of this, and already having made contacts in Japan, Fairchild was assigned to negotiate the exchange. But the idea of botanical friendship quickly turned diplomatically awkward. In Japan’s eagerness to see one of its prized cultural symbols in a foreign capital, gardeners in 1910 sent a shipment of mature cherry blossom trees, a.k.a. sakura, that were teeming with insects and fungi.

In Washington, USDA entomologists demanded the trees be burned. To protest what they saw as a reckless biological blunder, they invited a photographer to witness the trees set ablaze, along with a reporter who described the incident on the front page of the New York Times. Everyone who expected to see flairs of Japan’s cultural outrage was surprised when the mayor of Tokyo apologized to David Fairchild for apparently having given a faulty gift.

The two men arranged another batch of trees, this time grown in select fields and chosen by the finest gardeners in Japan. When the second shipment made its way across the Pacific and then, in a railcar, across America, they were thoroughly inspected, cleared and planted in a small ceremony on the banks of the Potomac. Helen Taft planted the first one. David Fairchild and Eliza Scidmore also held shovels.

Cherry blossom trees live about 30 years. So those first trees have been cut, cloned and grafted to produce the 3,750 trees visitors to Washington see today. But the National Park Service takes special care of the dwindling number of trees from the original shipment, their woody masses rotund and saggy, their blossoms dull with age.

Those original trees still grow, incidentally, not far from the World War II Memorial, which marks a chapter in U.S.-Japanese relations that was decidedly less harmonic — in fact, the trees were almost dug up after the attack on Pearl Harbor. But botany is often the work of rebirth and renewal. In 2012, on the hundredth anniversary of the original gift, then-Secretary of State Hillary Clinton announced another chapter in the botanical relationship of the two countries: 3,000 dogwood trees, the state flower of Virginia, as a gift from America to Japan. Proof that botany, a least a little, has the perennial power to smooth things over.

Daniel Stone is the author of The Food Explorer: The True Adventures of the Globe-Trotting Botanist Who Transformed What America Eats, about the adventures of plant spy David Fairchild. 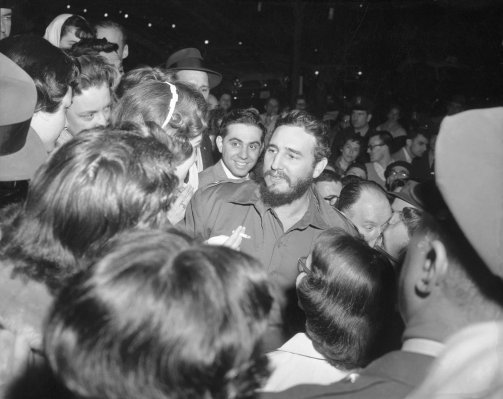