The Philippines Is Moving Toward Allowing Divorce. It’s One of Only Two Countries Where the Process Is Illegal

Catholic protestors carry signs at a "march for life" to oppose a bill legalizing divorce in Manila, Philippines on Feb. 24, 2018.
Ted Aljibe—AFP/Getty Images
By Eli Meixler

The Philippines took its closest step yet to legalizing divorce this week, despite opposition from President Rodrigo Duterte and religious groups.

The country’s lower house of Congress voted Monday to pass a bill allowing couples to dissolve “irreparable marriages” and remarry, with 134 lawmakers voting for and 57 against, with two abstentions, Reuters reports. The only other country where divorce is illegal is the Vatican City.

The bill, which passed with support across the political aisle, offers Filipinos a legal alternative to annulment, which is costly and time consuming, according to the Philippines-based Rappler. President Duterte had his own marriage legally annulled before entering office. The President, however, does not support divorce, citing the welfare of children.

The Philippines is over 80% Roman Catholic, and church groups have expressed strong disapproval of the bill. Last month, approximately 2,000 protestors marched in Manila in opposition to the proposal.

The Philippines’ Senate will need to pass its own version of the bill in order to enact a law, but it has not yet begun to draft one, according to Reuters. If the Senate does pass a bill, President Duterte could still veto it from becoming law. 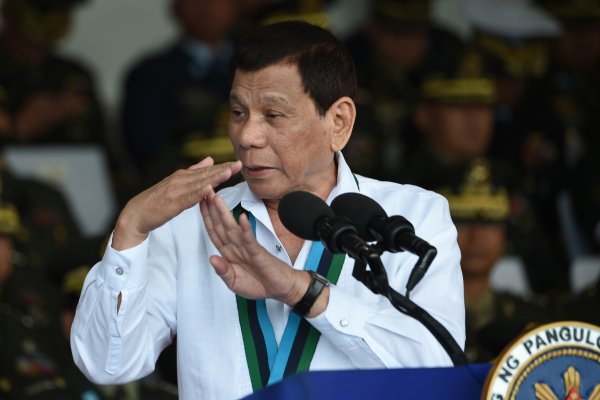 Philippines Hits Back After U.S. Report Labels Duterte an Autocrat
Next Up: Editor's Pick