There’s been incredible progress in science in recent years, from driverless cars to genetic editing, but the scientific community has also faced significant obstacles recently. From the withdrawal of federal funding for epidemic response and research to the decision by the United States to leave the Paris Agreement on climate change, scientists are faced with the question of how to stand up for their field and counter the naysayers. At the Fortune Brainstorm Health conference on Monday in Laguna Niguel, Calif., top leaders in the field offered solutions for how to defend science and increase its appeal to everyday people.

According to Dr. Susan Desmond-Hellmann, the chief executive of the Bill & Melinda Gates Foundation, there aren’t enough kids growing up with the desire to be a scientist because “we make it boring.” “We start when kids are young, especially girls, talking about science like it’s [only] books and tests,” she says. “If you want to get kids or students excited about science, talk to them about children dying and how science can keep kids from dying before they’re one day old. I think it’s how we talk and think about science that furrows everyone’s brow.”

For young people who do decide to go into medicine, many become discouraged or uninspired. “When I went to medical school, which by the way I did not enjoy, for two years we sat in a classroom,” says Dr. Margaret Hamburg, the President of the American Association for the Advancement of Science, describing a learning situation in which she and her peers were lectured at and told to memorize things. What was lacking? “There was no linkage made from what we were studying and taking care of patients,” she says. “It made me not want to continue in medicine.” Dr. Lloyd Minor, the Carl and Elizabeth Naumann Dean at Stanford University School of Medicine, agreed. “We need to re-envision medical education,” he says. “View it as a continuum.” Minor argues the learning and education should continue throughout a physician’s career.

As the panelists see it, they way science is communicated to the public can be confusing and spur distrust. For example, a new side effect of a drug can be discovered after it’s approved, or a diet is no longer considered as a healthy as it was previously touted. For average Americans, that can be frustrating. “Science is a dynamic process,” says Hamburg. “You need to always be questioning, and in that process, science changes. The public starts to be suspicious and distrust science. We need to work on the understanding of the scientific process. It is dynamic.” “Truth can evolve,” acknowledged Desmond-Hellmann. “What everyone would like us to say is truth is forever, [but] it’s truth as we best understand it today. That’s not fraud or wicked, that’s science.” In order to combat the confusion, Hamburg says we need more public advocates for science. “We need people who can go to Wichita or New York City and explain why science matters and how it’s making a difference,” adding that she thinks there’s a “fundamental disconnect” in people’s understanding and appreciation of the science in their lives.

The panelists agreed that science can be too hierarchical and slow. “Science shouldn’t be exclusive,” said Desmond-Hellmann. “The ability to have citizen science is vastly underrated.” Desmond-Hellmann says she thinks more alternative funding systems for science should be created, and that the formal system, in which people get masters and PhD degrees only to get their first government grant in their forties, is likely going to become unsustainable. Instead, leaders should think about “inventing new ways for people to access science and leadership no matter who they are and where they are,” she said.

Hamburg argued that scientific data should be well-done and reliable, but that people don’t want new knowledge that can change their lives to be restricted. “We want more openness and transparency,” she said. She also made the argument for more publication of studies that didn’t go as planned. “We want to also learn from failure, and very few studies that have failed have been published in Science and Nature, but that’s some of the most important science,” she said. Making failures in science public prevents people from repeating failure, she said, and instead scientists can learn from that failure to advance knowledge and understanding. 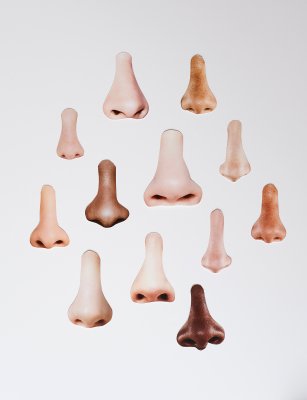 Humans Are Neglecting Our Sense of Smell. Here's What We Could Gain By Fixing That
Next Up: Editor's Pick