President Donald Trump traveled to New Hampshire Monday to unveil a new plan to combat the opioid crisis in the U.S., including seeking the death penalty for major drug traffickers.

“If you break the law and illegally peddle these deadly poisons, we will find you, we will arrest you and we will hold you accountable,” Trump said in Manchester Monday afternoon.

There are three prongs to Trump’s new plan: reduce demand and over-prescription, cut off the supply of illegal drugs, and support treatment and recovery for those struggling with addiction. The most controversial of his proposals concerns law enforcement— Trump officially announced Monday, after weeks of floating the idea, that he wants the Justice Department to seek the death penalty against drug traffickers.

“If we don’t get tough on the drug dealers, we’re wasting our time,” Trump said onstage in New Hampshire. “That toughness includes the death penalty.”

Trump reasoned that “if you kill one person, you get the death penalty or you go to jail for life,” but drug dealers can kill “thousands” of people through their actions and wouldn’t get the same sentence. He said he wants capital punishment for “the big pushers, the ones that are really killing so many people.”

But some experts in the field are concerned. “We see that policing around drug use is skewed toward black and brown communities,” says Widney Brown of the Drug Policy Alliance, arguing that this policy would be a return to the “War on Drugs” era of the 1970s. “There’s no reason to think that the application of the death penalty would not also be skewed toward targeting people in those communities.”

Trump also walked through the other parts of his plan, including promising increased federal funding for the development of non-addictive painkillers and creating “very, very bad commercials” that show “unsavory situations” brought on by drugs to scare children off trying them.

New Hampshire is an early primary state, but the president’s trip was billed as a non-political, policy-oriented event. “The opioid crisis is viewed by us at the White House as a nonpartisan problem searching for bipartisan solutions,” counselor to the president Kellyanne Conway said on a call with reporters Sunday evening.

But Trump swerved into politics during the speech, linking his opioid efforts to building a border wall, sanctuary cities and the fight over DACA in Congress. And he made an explicit nod to a reelection campaign when he said, “I want to win this battle. I don’t want to leave at the end of seven years and have this problem.” Amid the ensuing cheers from the assembled crowd, he joked there were “a lot of voters in this room.”

Trump’s message to New Hampshire, one of the states hardest hit by the crisis, was simple: “I see what you’re going through,” he said.

“We’re pouring a lot of money and a lot of talent into this horrible problem,” he promised. “We’ll be spending the most money ever on the opioid crisis.”

With additional reporting by Maya Rhodan 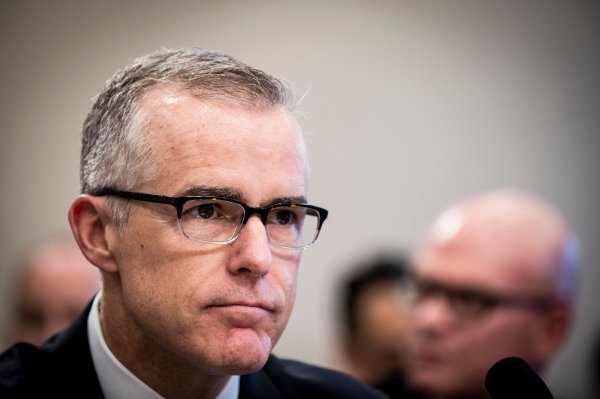