Hundreds of Kids Need Places to Stay During March For Our Lives. An Underground Network of Students Is Fixing That

These young activists have organized a home-sharing network in Maryland to help their out-of-town peers find places to stay during the March For Our Lives demonstration in Washington, D.C. on March 24, 2018. From left to right: Michaela Hoenig, Kate Lebrun, Mai Canning, Gabrielle Zwi and Emiliano Calvo Alcaniz
Photo courtesy Emiliano Calvo Alcaniz
By Melissa Chan

As teens from across the country descend on Washington, D.C., for a massive march to end gun violence, an underground network of high school students is helping to secure hundreds of homes for their out-of-town peers.

The organizers — five friends from Walter Johnson High School in Bethesda, Md. — have set up temporary housing for at least 200 students from as far as California as they travel to participate in Saturday’s March For Our Lives. Hundreds of thousands of protesters are expected to demand school safety measures and push for stronger gun restrictions in response to the mass shooting at Marjory Stoneman Douglas High School in Parkland, Fla, which left 17 students and staff members dead.

“We’re taking this extreme grief and this extreme anger and making it into something substantial,” said 16-year-old Mai Canning, the youngest member of the March For Our Lives home-sharing network. “Turning that grief into substantial action is really the key to this movement.”

In just two weeks, Mai and her friends have convinced about 300 hosts to open their homes, churches, synagogues, college dorm rooms and rental properties along D.C.’s Metro transit system for free over the weekend.

The housing network heavily relies on social media and the use of shared Google documents, but it’s a concept with longstanding roots in activism circles. Like many young activists, the students from Maryland say they were moved to action out of frustration following the Parkland shooting.

“We’ve never lived in a world where school shootings and gun violence weren’t part of our society,” said 18-year-old organizer Kate Lebrun, who is a senior at Walter Johnson High School. “We’ve been growing up learning what to do if someone comes into our school with a gun. It’s been a reality for us as long as I can remember.”

The friends said they knew many of their peers wouldn’t be able to attend the March For Our Lives in Washington without help.

“After the shooting, after realizing a lot of people wanted to express their voices, we realized they needed a place to stay,” said organizer Michaela Hoenig, 17. “Hotels in D.C. are ridiculously expensive. We realized we have homes in the area. We could open those up. We could extend the same privilege we have to the people coming in who want to protest.”

They began spreading the word about their home-sharing network for March For Our Lives at the end of February, and soon several dozen students and hosts signed up. The young organizers then compared the online forms each participant had to fill out to match like-minded individuals.

While organizers can’t guarantee anyone’s safety, they have been trying to screen for potentially dangerous situations. For example, they contact parents for permission when students under 18 sign up, and they ask for letters of recommendations from hosts’ employers as part of a background check. They also do their best to pair students with families.

Philip Freeman, a 17-year-old high school student from St. Louis, has been texting and communicating on Snapchat with his Maryland host family for the last two weeks. He said he wouldn’t have been able to take part in March For Our Lives without the home-sharing network.

“When I heard about the march in D.C., I got really excited, but I knew there was no way I could go,” he said. “I would have to go by myself, and my family doesn’t have that much money.”

Now, the teen from Missouri — who wants to pursue a career in politics — is counting down the days until he’s in Washington, pressuring leaders to enact tighter restrictions on gun or get voted out of office, and marching alongside thousands of his peers, including the survivors of the Parkland shooting.

“There’s no more reason not to go,” he said. 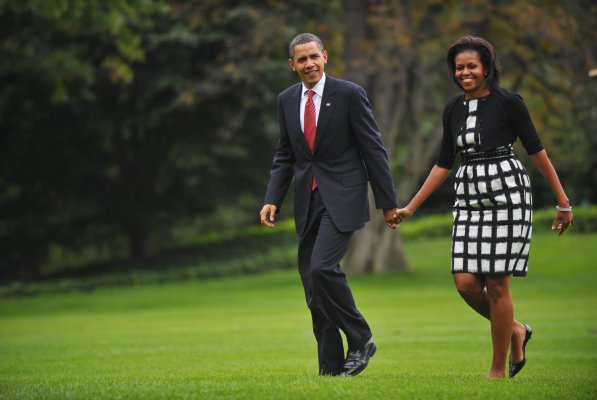 'You Are Going to Make an Enormous Difference.' Read Barack and Michelle Obama's Letter to the Parkland Students
Next Up: Editor's Pick