7 House of Horrors Siblings Are Out of the Hospital and Enjoying Freedom, Their Lawyer Reveals

Photos of David Turpin (L) and Louise Turpin are displayed as Riverside County District Attorney Mike Hestrin speaks during a press conference announcing charges against the two in relation to their 13 malnourished children found chained in their home in California on Jan. 18, 2018.
GOMBERT/EPA-EFE/REX/Shutterstock
By Flora Carr

Seven of the malnourished siblings who were kept in an alleged “house of horrors” in California have been released from the hospital and are enjoying their freedom for the first time, their lawyer reveals.

Attorney Jack Osborn, who was hired to look after the welfare of the 13 Turpin siblings, described to ABC News what life is like for the seven brothers and sisters – age 18 to 29 – after they were discharged from Corona Regional Medical Centre on Thursday, following two months of medical care.

Thirteen siblings, age 2 to 29, were rescued from the home of Louise and David Turpin in Perris, Calif., in January. The parents face dozens of charges, including torture and child endangerment. The siblings were allegedly routinely starved and abused. They were not allowed to shower more than once a year, and received just one meal per day, prosecutors alleged in January. They were also allegedly shackled or hogtied to beds, prosecutors say, without access to a toilet for long periods of time.

The seven adult children are now living together in at an undisclosed location in rural California, and have been reunited with their family dog, Osborn told ABC. He said they were looking forward to “moving into new bedrooms” and “probably most of all, just… go[ing] outside”.

“The adult siblings want to be known as survivors, not victims,” Osborn said.

He added that the siblings have been enjoying eating citrus fruits, an alleged first. “They pretty much love any food that is fresh. They love fruit, pasta and soup,” he said.

The siblings’ release was confirmed by the chief executive officer of the Corona Regional Medical Centre, Mark Uffer, in a statement to ABC news

Mark Uffer, the chief executive officer of the Corona Regional Medical Center, where some of the siblings were being treated, confirmed to ABC News in a statement. He added that the medical staff “wish these brave siblings continued strength as they take the next steps in their journey”. 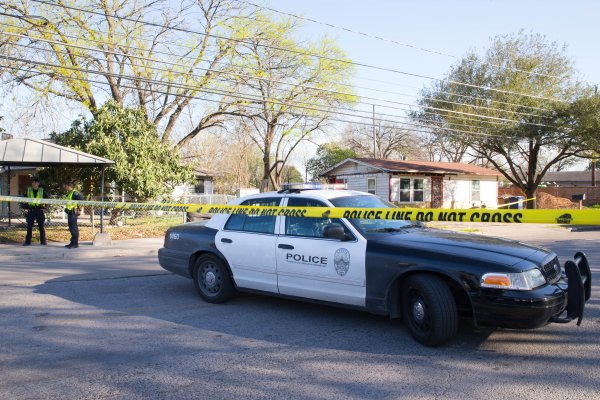 Austin Police Swamped With Calls About Packages
Next Up: Editor's Pick