Every March Madness Bracket Has Officially Been Busted

Sorry about your bracket.

After a series of major upsets in this year’s NCAA men’s basketball tournament, not a single March Madness bracket remains un-busted. The final dagger in the heart of the hopeful was the 16th-seeded University of Maryland-Baltimore County’s (UMBC) shocking win over The University of Virginia on Friday.

The NCAA announced Sunday that the UMBC win killed the 25 remaining perfect brackets filed online to a variety of platforms. Millions of brackets were submitted online to services such as Walt Disney, ESPN and Bleacher Report at the start of the tournament, and of the 25 left, all had earmarked Virginia as winners in their UMBC game.

Virginia was a favorite among the 68 March Madness teams this year. The team’s loss to UMBC marked the first time a 1-seed has lost to a 16-seed in the opening round, ESPN reports.

The UMBC upset also ruled out any overall winner for this year’s Warren Buffett’s Berkshire Hathaway contest, which offers $1 million-a-year for life (and $2 million should home-state teams Creighton or Nebraska win, MarketWatch reports) for any of Buffet’s employees who correctly predicts all the winners for the first two rounds during March Madness. The competition was launched in 2014 and was originally open to the public.

Sunday also saw further upsets, as the University of North Carolina, the defending champions, failed to make it to the Sweet 16. 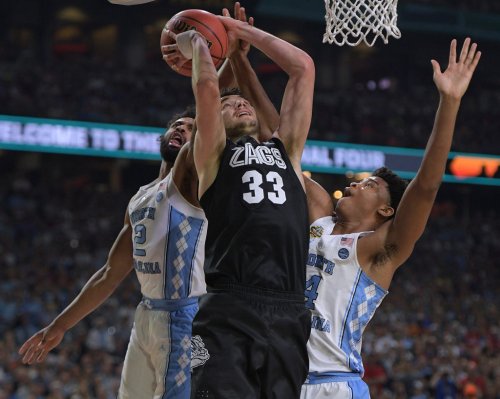 Haven't Picked Your March Madness Bracket Yet? This Simulator Can Help
Next Up: Editor's Pick