The True Story Behind Chappaquiddick

The evening of July 18, 1969, started out as an ordinary midsummer’s night for one of America’s most extraordinary families.

Senator Edward “Ted” Kennedy — who had come to Martha’s Vineyard to race in the Edgartown Regatta on the family’s prized Victura sailboat — was at a cookout for former volunteers and staffers on the 1968 presidential campaign of his brother Robert F. Kennedy, who had just been assassinated the year prior. The party was at a rented cottage on Chappaquiddick Island, and Ted Kennedy attended with Paul Markham, who worked on his 1962 senatorial campaign, and Joseph Gargan, a cousin. Late in the night, he left the party in a black Oldsmobile with 28-year-old Mary Jo Kopechne, who had worked on the RFK campaign.

The car, with Kennedy at the wheel, careened off the island’s Dike Bridge. Kennedy managed to extricate himself from the overturned vehicle, but Kopechne drowned. Kennedy reported the accident to the police at 9:30 a.m. the next day.

That delay in reporting remains the central mystery surrounding the incident, and the resulting scandal destroyed any hopes of another Kennedy in the nation’s highest office. About a week after the fall, Kennedy told the world in a televised address from his home that he had been “overcome…by a jumble of emotions” in the wake of the event, in a statement masterminded by Ted Sorenson and a damage-control dream team of people who had served in his brother John’s administration. But weeks later, and even now, many agreed with Kopechne’s mother when she said she could not understand what had happened: “Why didn’t they get help?”

In John Curran’s movie on the scandal (out April 6, 2018, starring Jason Clarke as Ted Kennedy, Kate Mara as Kopechne, Ed Helms as Gargan, and Jim Gaffigan as Markham), footage of the realization of the Senator’s brother’s dreams — the Apollo 11 astronauts landing on the Moon on July 20 per JFK’s order to get there by the end of the decade — is woven into the movie’s narrative of Ted Kennedy’s political dreams being dashed.

“The Kennedy debacle became a topic of more interest in much of Washington and elsewhere in the country than man’s landing on the Moon,” as TIME reported in its Aug. 1, 1969, cover story on the scandal. Psychiatrists even speculated that the turn on the wrong path was “some sort of subconscious desire to escape the path” on Kennedy’s part, to “avoid the burdens of becoming a presidential candidate.”

Though the film is primarily set during the week-long period between the scandal and Kennedy’s televised mea culpa, the timeline is based on the accounts documented in a Jan. 1970 inquest into whether there was evidence of any criminal act beyond the misdemeanor to which Kennedy had pleaded guilty, which was the leaving the scene of an accident. (He received a suspended sentence of two months.) In terms of why he did not call the authorities to help rescue Kopechne, the Senator explained that he was convinced it was too late for her.

Here’s how TIME reported key details about the accident in the inquest:

A grand jury also looked into the case, and on April 1970, it was concluded that there was not enough evidence to indict Kennedy on any charges.

The accident’s run in the courts thus ended, but it would keep coming up throughout Kennedy’s life. A TIME-Harris poll published in the Aug. 8, 1969, issue found that while 68% of Americans agreed that “the same thing could have happened to anyone,” at the same time 40% agreed with that his reaction “showed that he should not be given high public trust, such as being President.” (On that last question 45% disagreed, and 15% were unsure.) It dogged him during his failed presidential run in 1980 and contributed to his decisions not to run for president in 1972, 1976 and 1984. “NOBODY DROWNED AT WATERGATE,” some bumper stickers read. A TIME analysis of whether he could win in 1972 deduced that he couldn’t carry the Midwest because of the question of what a married man was doing in a car with a single woman in the first place. On the 1980 presidential campaign trail, Jimmy Carter made a dig at Kennedy by saying he had never “panicked in a crisis” — thought to be a coded reference to Kennedy fleeing the scene.

“His self-confessed ‘inexplicable’ behavior in a moment of stress raises the issue of how he might act in a major crisis,” a TIME essay on how the public judges political scandals put it in the immediate aftermath of the event. “His carefully prepared and yet unsatisfying explanation leaves room for the suspicion that he was somehow trying to escape blame for his actions.”

But, of course, the scandal didn’t actually keep him from having a political career. As a U.S. Senator from Massachusetts, he earned the nickname “Lion of the Senate” and left his mark on landmark laws ranging from the Voting Rights Act of 1965 to the Americans with Disabilities Act. That power trumps “postpresidential twilight,” TIME argued in his 2009 obituary—adding that, in fact, “his failure to get to the presidency opened the way to the true fulfillment of his gifts, which was to become one of the greatest legislators in American history.” 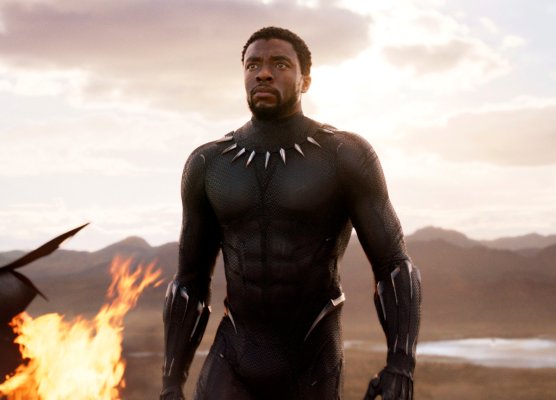