The Real Reason You Procrastinate

Panya Kuanun / EyeEm—Getty Images
Ideas
By Andrew Santella
Andrew Santella is the author of Soon: An Overdue History of Procrastination, from Leonardo and Darwin to You and Me.

This article would have been much better if I hadn’t waited until the last minute to write it.

But then I wouldn’t have been able to claim that I did what so many procrastinators do regularly: I delayed work on a task to give myself an excuse if I happened to make a complete mess of it. It’s not that I’m lousy at my job, I could plausibly say. It’s just that I had so many other things to do at work and at home that I couldn’t give it my best effort.

These sorts of self-serving excuses are so common that psychologists have coined a name for the practice. They call it self-handicapping. Think of self-handicapping as a strategy of intentionally sabotaging your own efforts. Why would anyone be so self-defeating? Because erecting your own barriers to success offers protection from the ego-crushing consequences of failure. When I postpone work on a project that I fear is beyond my capabilities, I am creating an obstacle that I can point to as the reason for flopping. It’s not that I’m too incompetent to succeed. It’s just that I waited until the last minute; I didn’t give it my best shot. “The chronic procrastinator would rather have other people think he lacks effort than that he lacks ability,” the procrastination researcher Joe Ferrari of DePaul University told me.

Self-handicapping was first defined by researchers Steven Berglas and Edward Jones in a landmark 1978 paper that explored how binge drinking could be understood as an attempt to save face in case of failure. Since then, researchers have shown how self-handicapping can take many forms: substance abuse, lack of effort, lousy sleep habits, procrastination, to name a few. Whatever obstacle to success the self-handicapper deploys, the basic impulse is the same. “By finding or creating impediments that make good performance less likely, the strategist nicely protects his (or her) sense of self-competence,” Jones and Berglas wrote.

Berglas’ interest in the topic grew out of personal experience. He said he first experimented with drugs in high school, just before taking the SAT, a test on which he was expected to excel. Taking drugs became a way to lower the freighted expectations without compromising his sense of himself as intelligent. And, even better, if he happened to succeed, his triumph would be enhanced because he had overcome such great obstacles.

Paradoxically, procrastinators may be more likely to handicap themselves when the stakes are highest. In another study, Ferrari and Dianne Tice found students were more likely to put off preparing for a test when they were told that it was a meaningful evaluation of their abilities than when they were told the same test was meaningless and being taken only for fun. When the test counted, procrastinators procrastinated; when it didn’t, they diligently prepared. The more that was at stake, the more procrastinators needed to protect themselves by not trying too hard.

Procrastination appeals to some of us as a way of controlling, in some small way, a life that can feel chaotic and unmanageable. Never mind that our procrastination may only add to the chaos—any real procrastinator is well practiced in the art of self-deception. In fact, the basic logic of procrastination and self-handicapping is so roundabout and serpentine, that it can be difficult to convey. If only I had gotten an earlier start on this piece, I might have done a better job of it. 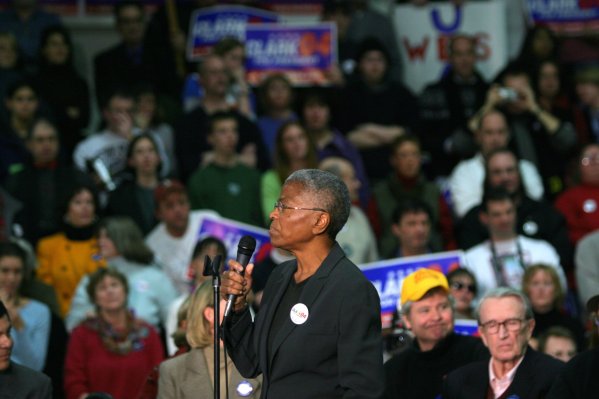 This Historian Studied Decades of American Resistance. Here's Her Advice for the Parkland Students
Next Up: Editor's Pick