Game of Thrones fans finally have their answer to one of their most pressing questions.

Sean Bean, the actor who played Ned Stark on Game of Thrones, has revealed the truth to Huff Post on what he muttered during the season 1, episode 9 “Baelor” moment before his beheading. It is indeed a show known for its gruesome deaths.

Per typical Game of Thrones style, Stark’s mysterious musings launched a stampede of theories. Some fans believe he said, “I kept my promise” in terms of the R+L=J Jon Snow theory. Others think he may have whispered that popular Game of Thrones line “Valar Morghulis,” which means “all men must die.”

According to Bean, however, it was none of the above. Before the sword came down and the camera cut away, Bean revealed that he was “just saying a prayer.” He told Huff Post, “I just thought, ‘What would you do if this were really gonna happen?’ You probably would pray. You probably would murmur some words and you’d keep it quiet. You’d keep it to yourself.”

Bean noted that his whispering and praying was subtle and “many people wouldn’t pick it up.” So although, no, he didn’t say “I want some Oreos” as some speculate, he merely remained in tune with where his character was at that moment: “There’s not much you can do really, you’ve got your head on a block. That’s about the only thing you can do is murmur.” 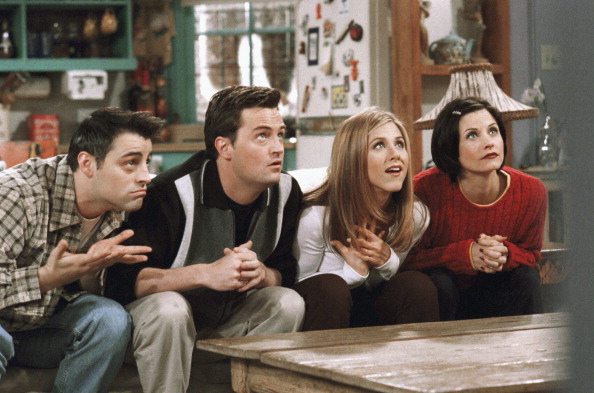 The Most Mind-Boggling Friends Fan Theories on the Internet
Next Up: Editor's Pick