U.S. taxpayers have paid just shy of $1 million to fund Secretary of the Treasury Steven Mnuchin’s flights aboard military aircraft, according to government documents cited by Politico.

The documents, obtained by a watchdog group via a Freedom of Information Act request, detail a weeklong trip to the Middle East that Mnuchin took in October, to the tune of $183,646. His previous trips had added up to a total of $811,797.81.

The new documents confirm what was first reported in October — that Mnuchin had cost the government hundreds of thousands of dollars in trips aboard military aircraft, and that doing so was not illegal, at least according to his own department.

The Department of the Treasury told Politico that the new report, acquired by the group Citizens for Responsibility and Ethics in Washington “consists of falsehoods and mischaracterizations.”

“Even CREW concedes that the Secretary’s travel requests ‘bear a remarkable similarity’ to the requests submitted by secretaries in the Obama Administration, using the same approval process and level of justification,” the department said in its statement. 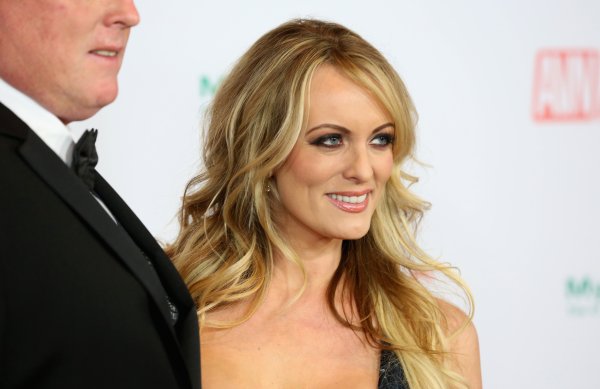 Lawyer: Stormy Daniels Was Threatened With Violence
Next Up: Editor's Pick