Macaulay Culkin Is Mainly Focusing on Wrestlemania and Podcasting in 2018

No. 4: Home Alone 2: Lost in New York, the sequel to the classic Christmas movie, follows a young boy who is separated from his family at the holidays after boarding the wrong flight. The 1992 flick collected $173.6 million at the box office.
MovieStillsDB
By Melissa Locker

Wrestlemania 34 is fast approaching and some of the wrestling stars are looking for celebrities to take to the brawl. Former United States Champion Rusev, known for a long undefeated streak and a desire to “crush” his opponents, put out a call to fight a celebrity, any celebrity, and the celebrities answered.

Dwayne “The Rock” Johnson, who knows a thing or two about life in the ring, suggested that his frequent co-star Kevin Hart should get in the ring with the so-called “Bulgarian Brute.” Stephen Amell, a.k.a. Green Arrow from Arrow, happily stepped aside, and someone threw Mario Lopez’s hat in the ring, based on his days wrestling in Saved by the Bell. However, it was a different star that answered the so-called The Bulgarian Brute’s call to arms—Macaulay Culkin.

The Home Alone star and newly-minted podcaster chimed in on Twitter to accept the challenge. While Twitter is only occasionally to be believed, WWE seems to confirm the match. That means Culkin will face off against the wrestler in the ring against Rusev. No word on whether he’ll be able to bring in anything from Kevin McAllister’s bag of tricks, though. 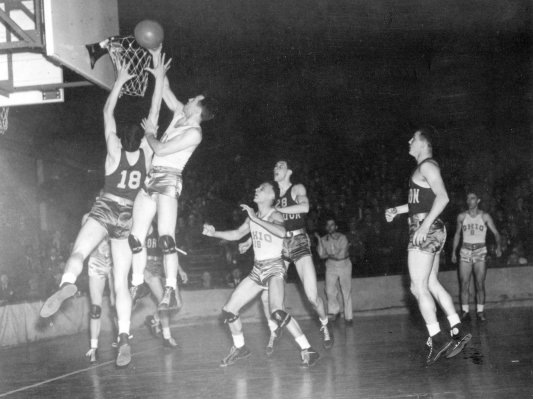 The Surprisingly Poetic Origins of the Phrase 'March Madness'
Next Up: Editor's Pick