Gina Haspel, Trump’s Pick for CIA Director, Ran the Prison Where My Client Was Tortured. I Have Questions for Her

I would rather learn the truth than assume it.

The President has nominated Gina Haspel to head the CIA, and attention has focused on her role in the agency’s torture program. I represent Abu Zubaydah, who was the first person imprisoned at a CIA black site and the first to have his interrogation “enhanced.” He was subjected to all of the approved techniques and many that were not. In a bit more than three weeks in August 2002, he was waterboarded 83 times, suspended from hooks in the ceiling, forced into a coffin for hours at a time in a gathering pool of his own urine and feces, crammed into a tiny box that would’ve been small even for a child, bombarded with screaming noise and cold air, compelled to stay awake for days on end, and “rectally rehydrated.”

Because of what he was made to endure, Abu Zubaydah suffers from frequent seizures, the origin of which cannot be determined. He is tormented by sounds that others do not hear, and cannot remember simple things that others cannot forget. Because his condition is classified, there is much about his welfare that the United States will not let me say. They have authorized me to report, however, that I am “very concerned” about his health.

Haspel did not torture my client. That distinction rests with two psychologists under contract with the CIA. In fact, it appears she was not yet present at the site during the worst of my client’s ordeal: at least, so say former members of the CIA. According to the New York Times, she arrived in October 2002; Abu Zubaydah’s most severe torture ended in late August. She was, however, present when another prisoner, Abdul al-Rahim al-Nashiri, was subjected to similar torture, including waterboarding.

But apart from this, we know very little about Haspel’s role. We do not know, for instance, whether she approved of the torture that had taken place before she got to Thailand or that took place after she arrived, and if she did, whether her approval was enthusiastic or begrudging. We do not know whether she made any attempt to restrain the two psychologists, and if so whether her attempts were overruled by authorities elsewhere.

In fact, we do not even know the limits of her authority. One CIA cable, for instance, indicates that, even if she had wanted to, she could not have stopped the torture on her own. The Senate Torture Report, by contrast, claims she most certainly had that authority, and in fact that her authority was “final”; according to the Senate, she was the only person who could’ve ended the torture.

In short, all we know is that she appears to have been in charge of a site where my client had previously been tortured, and supervised the site while another man was tortured. And make no mistake: it was torture. We ought not mince words about that. It was legally wrong and morally bankrupt, and my client will bear the physical and psychological scars for the rest of his life.

For some, Haspel’s supervisory presence at a secret prison where human beings were tortured is enough to disqualify her, and many of my colleagues on the Left have lined up against her. For me, however, her past raises many more questions than it answers. Now of all times, we need less knee-jerk condemnation and more sober, careful assessment. That is why we have a confirmation process.

Other questions surround her role in the destruction of nearly 90 videotapes of my client’s torture, as well as several showing the torture of al-Nashiri. Again, the public record is ambiguous. On the one hand, there is no question that Haspel signed the cable directing that the tapes be destroyed. This is an exceedingly serious matter, not simply because it led to the destruction of irreplaceable evidence, but because at least one federal judge had explicitly ordered that the tapes be preserved. If Haspel deliberately violated the order of a federal judge, she could — and should — be held in contempt of court.

On the other hand, the CIA maintains that Jose Rodriguez, the former head of the Counterterrorism Center and Haspel’s boss at the time, gave the destruction order and that Haspel merely drafted it. In his book, Rodriguez repeats this version, and boasts about his determination to destroy the tapes. As with the events in Thailand, Haspel has never spoken publicly about the matter. Therefore, we simply do not know what her role may have been in the destruction of the tapes. We do not know, for instance, whether she expressed reservations, raised legal objections or suggested alternatives. The tapes were supposedly destroyed to protect the identity of people who appeared on screen. This of course is ridiculous, since the CIA could have easily obscured the identity of all participants. Did Haspel raise that possibility? Did others suggest it only to be overruled? We have no idea.

Finally, and perhaps most importantly, we do not know her current view. It is entirely possible that her position on “enhanced interrogations” has changed since 2002. In fact, given the course of events, we should hope that it has. The CIA tortured my client because they believed — apparently in good faith — that he was a senior member of al Qaeda who, among other misdeeds, had been involved in all of the organization’s prior attacks and had particular expertise in resisting torture. They were wrong. We now know, and the U.S. has repeatedly admitted, that Abu Zubaydah was not a member of al Qaeda, that he was opposed to its ideology and that his protestations of ignorance were not evidence of a supernatural capacity to resist torture, but proof that the torturers had their facts wrong. In light of this, it is certainly worth asking whether Haspel believes the Agency’s sickening experiment with torture was a mistake.

Gina Haspel is widely admired within the Agency, including by people I respect a great deal. It may be that, like her boss, she supports “a helluva lot worse than waterboarding.” It may also be that, like John McCain, she believes the torture scandal is one of the CIA’s darkest chapters. Let’s hear what she says, examine the record for ourselves, and learn the truth rather than assume it.

Correction: The original version of this story misstated the role Gina Haspel played in the CIA’s torture program. Haspel, according to ProPublica and The New York Times, oversaw a CIA prison in Thailand where suspects were waterboarded, and she arrived at the prison in October 2002. She had not yet arrived at the prison when Abu Zubaydah was waterboarded, the last instance of which occurred in August 2002. 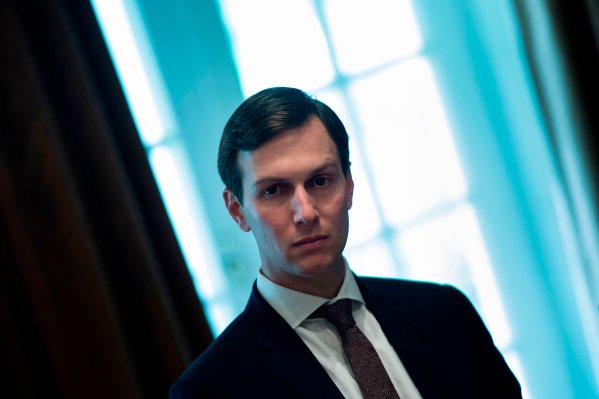 What Making Deals with Donald Trump and Jared Kushner Taught Me About Deception
Next Up: Editor's Pick