Professor Stephen Hawking, who died on Wednesday at the age of 76 at his home in Cambridge, England, was considered by many to be a once-in-a-generation genius.

The author of A Brief History of Time, Hawking was a living legend in the field of cosmology. He was most famous for his studies on black holes and relativity, which revolutionized the way we see and study the universe. His work with Sir Roger Penrose on Einstein’s general theory of relativity showed that there was an implied beginning to space and time — the Big Bang — and an end, through black holes.

However, for all his fame and impact on theoretical physics, his field’s most famous award eluded Hawking throughout his life. So why did one of science’s most iconic pioneers never win a Nobel Prize in Physics?

The answer — unlike quantum mechanics — is relatively straightforward.

Theoretical scientific discoveries have to be confirmed by observational data before there’s a possibility of winning a Nobel. And it’s somewhat difficult to observe a black hole.

It takes decades to build the scientific equipment to test theoretical discoveries; to put this into context, Einstein’s theory of gravitational waves in space, which he first proposed in the 1920s, was only recently proven in 2016.

One of Hawking’s most important finds was “Hawkings Radiation,” the theory that black holes are not completely black after all, but emit radiations that ultimately cause them to disappear. The issue is, the technology needed to observe this radiation will take years and cost millions before Hawking’s theory can ever be verified.

Hawking never won a Nobel, but as an ambassador for the sciences his influence was profound, as shown by the world leaders and celebrities who took to social media today to pay tribute. See a selection of tributes below. 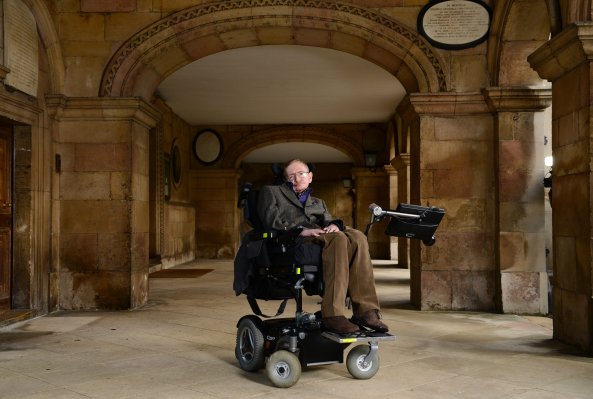 'Remember to Look Up at the Stars.' Hawking's Most Memorable Quotes
Next Up: Editor's Pick