With the firing of Secretary of State Rex Tillerson Tuesday, Defense Secretary James Mattis lost his closest ally in the tumultuous Trump Administration.

A retired four-star Marine Corps general, Mattis consulted with Tillerson on a daily basis to resolve foreign policy dilemmas spanning from strife on the Korean Peninsula to the formulation of a new Afghanistan strategy.

When Mattis unveiled the U.S. National Defense Strategy earlier this year, he stressed this importance of working with Tillerson to tackle issues and dealing with the White House.

“It starts with me having breakfast every week with Secretary of State Tillerson,” Mattis said during the Jan. 19 speech. “We talk two, three times a day, sometimes. We settle all of our issues between he and I, and then we walk together into the White House meetings. That way, State and Defense are together.”

Mattis, who’s currently in Afghanistan on travel, has consistently deferred to State and Tillerson on anything to do with North Korea. He did that again this weekend when he told reporters traveling with him that he plans to not discuss North Korea’s willingness for diplomatic talks and possibly abandon their nuclear program.

“This is a diplomatically led effort,” Mattis said. “So I do not want to talk about Korea at all. I’ll leave it to those who are leading the effort, the State Department and the NSC.”

Trump has named former CIA chief Mike Pompeo as Tillerson’s replacement. Mattis has worked closely with Pompeo in the administration, but has not yet developed as close as a bond. 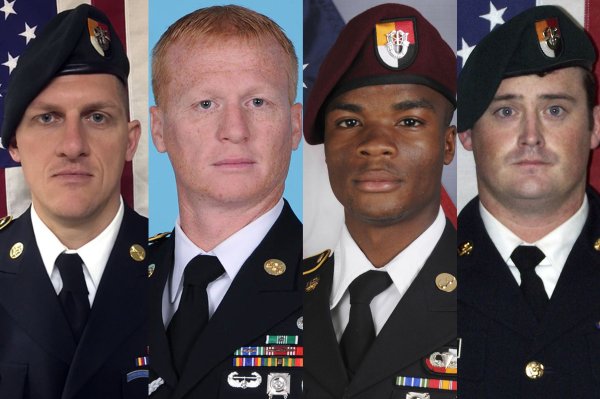 Military to Review Head Cams After Niger Ambush Video
Next Up: Editor's Pick