Leave it to Oprah Winfrey to relax in a custom, hand-carved bathtub made especially for her the shape of her body.

In an appearance alongside her Wrinkle in Time co-stars Reese Witherspoon and Mindy Kaling on The Late Late Show with James Corden, Oprah revealed that bathing is her favorite hobby, so much so that she has a hand-carved tub made out of marble and onyx. As if that wasn’t luxurious enough, Oprah also divulged that the tub is custom made to accommodate the shape of her body, something that elicited a mixture of awe and envy from Corden, Witherspoon and Kaling.

In fact, the tub’s existence became a sort of motivational point for Corden, who declared that his measure of success in his career would now be getting a tub like Oprah’s.

Oprah, however, didn’t understand why everyone was so surprised she had a hand-carved tub. 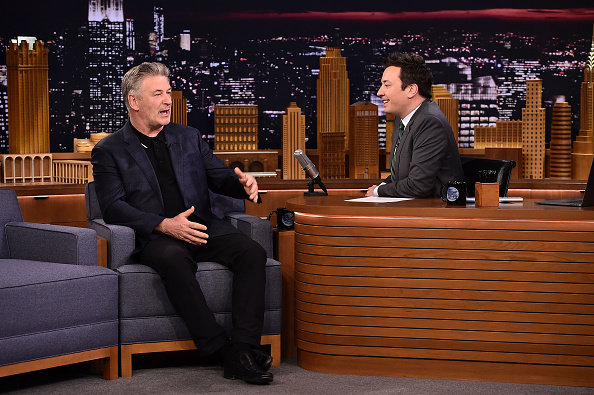 Alec Baldwin Just Weighed in on His Feud With Trump. He Even Went in on the Infamous Bathrobe.
Next Up: Editor's Pick