Lynda Carter, who played Wonder Woman in the 1970s TV series, is speaking out about being sexually harassed during her career.

In an interview with The Daily Beast, she said she faced inappropriate behavior from a man who she said had violated “a lot of people” and was already facing consequences amid the #MeToo movement. She did not name him or provide details about the alleged misconduct to The Daily Beast. A spokesperson for Carter did not immediately respond to TIME’s request for comment.

“He’s already being done in. There’s no advantage in piling on again,” Carter told The Daily Beast. “There’s nothing legally I could add to it, because I looked into it. I’m just another face in the crowd… I don’t want it to be about me, it’s not about me. It’s about him being a scumbag.”

She also said that a cameraman on the Wonder Woman TV series set drilled a peep hole into the wall of her dressing room. (She didn’t name the man, who she said was later fired.)

Carter said that she didn’t speak out about sexual harassment at the time because she was afraid it would hurt her career. 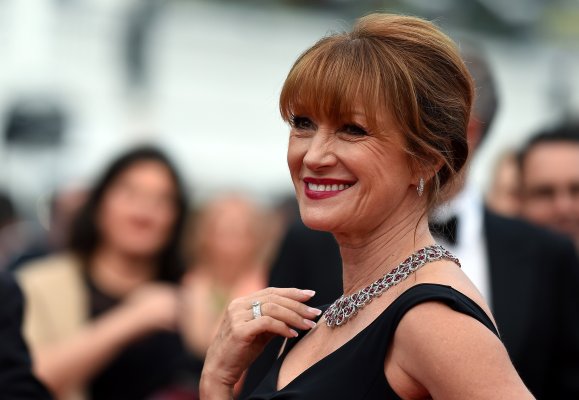 Jane Seymour Says She Quit Hollywood After Being Sexually Harassed by a Producer
Next Up: Editor's Pick