Person of Interest in Nursing Student's Death ‘Never Got Over His Obsession,’ Friend Says

A 22-year-old Binghamton University nursing student, who friends remembered as “bright” and bubbly, was looking forward to her future before she was found dead in an off-campus home that belonged to a man who was apparently obsessed with her, according to the victim’s close friend and roommate.

Authorities said Haley Anderson, of Westbury, N.Y., was found dead Friday near campus in what they have ruled a homicide. On Monday, Binghamton Police named 22-year-old Orlando Tercero, another nursing student at the school, as a “person of interest” in connection with the crime. They said Tercero fled the U.S. to Nicaragua “prior to the discovery of Haley Anderson’s deceased body.”

Anderson and Tercero had been friends for about two years, but Tercero “never got over his obsession of her,” according to Mishela Topalli, who was Anderson’s roommate and good friend.

“We knew he had some fixation on her for sure,” Topalli, 21, told TIME on Monday. “Even his friends would say so.”

Anderson and Tercero were in the same undergraduate nursing program at Binghamton University. The two used to study together and hang out, but they never dated, Topalli said.

“They hooked up in the past, but to her, it was pretty platonic and she didn’t want to have anything seriously,” Topalli said. “That was actually a while ago, but he never got over his obsession of her.”

Authorities did not say how Anderson died or disclose any details about the murder. Binghamton Police only said her death was “not a random act or involving the conduct of a stranger.” Tercero could not be immediately reached.

Friends of Anderson said they last saw her two nights before she was found dead. They played board games and drank wine that night. Topalli said she and the other two roommates grew concerned when Anderson stopped responding to them on the phone.

“That was unusual for us. She was always on her phone. That’s when we started to be worried,” Topalli said.

Police found her body inside Tercero’s off-campus residence after conducting a welfare check. The nursing student’s death has left the Binghamton community reeling. In a statement, Binghamton University said the community was “deeply saddened” over Anderson’s death.

“I don’t know why anyone would hurt Haley,” Topalli said. “She was so alive. She was so bright, so energetic. Anytime she would come into the room, she would always cheer us up.”

“She was so excited about her future,” Topalli added.

Anderson had also just secured a job as a nurse, which she would have started after graduating this spring, her friends said.

“She loved people,” Topalli said. “Any way she could help people, she did. Everything I’ve said about her is almost not enough. She in no way deserved what happened to her.” 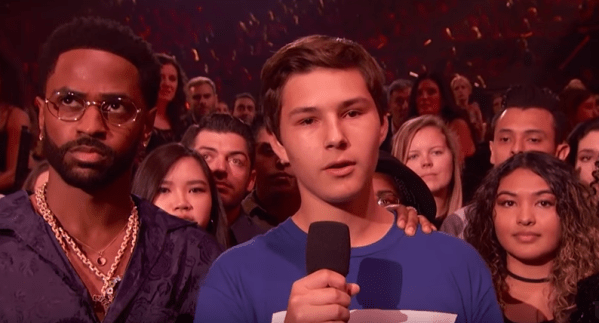