After Another Package Explodes in Austin, Police Chief Warns Not to Open Unexpected Deliveries

After two exploding packages left one dead and two others injured in Austin on Monday, the city’s chief of police has urged residents not to open suspicious or unexpected deliveries.

“My heart goes out to the family of the individual who died & was injured from the explosion on Old Fort Hill Dr,” Chief Brian Manley wrote on Twitter Monday afternoon. “This type of crime will not be tolerated in #ATX. If you receive a package that you are not expecting or looks suspicious, DO NOT open it, call 911 immediately.”

Monday’s exploding package is the third such incident for Austin this month. The latest bombing on Monday injured a 75-year-old Hispanic woman, and the one earlier in the day killed a 17-year-old boy and injured a woman in her 40s, according to the Associated Press. Manley said the mail bombs were similar in nature and likely related to the March 2 blast that left one man dead.

Authorities said the attacks, which are being treated as homicides, could be race-related because the first three victims were black. Manley told the AP that while officials aren’t ruling out motives, they are not “making the connection to a hate crime,” after doing so at first.

Victims from Monday’s package bombing have yet to be identified. Authorities identified the man killed on March 2 as 39-year-old Anthony Stephan House. 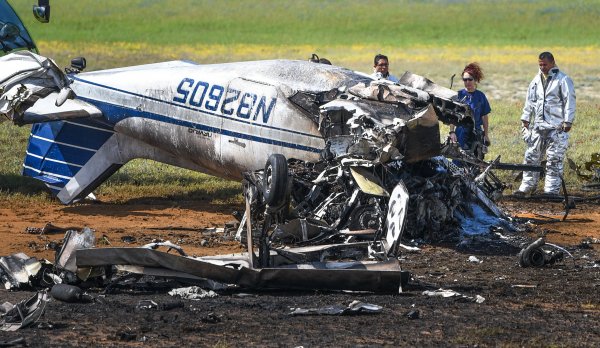