Dallas Firefighter Is Among the 5 Killed in N.Y.C. Helicopter Crash

A 26-year-old firefighter from Texas was among the five people killed Sunday when a helicopter crashed into the East River in New York City and flipped upside down, trapping the tightly harnessed passengers inside, authorities confirmed Monday.

Brian McDaniel, a firefighter with the Dallas Fire-Rescue Department, was on vacation in the Big Apple when he boarded the private charter for a photo shoot, according to the Texas fire station and the New York Police Department.

The helicopter slammed into the water shortly after 7 p.m. Sunday before it flipped and became completely submerged, FDNY Fire Commissioner Daniel Nigro said at a news conference. The pilot survived after freeing himself, but the five passengers died, authorities said.

Rescue divers had trouble removing the five passengers from the submerged helicopter because they were so tightly strapped into their seats, Nigro said. “People had to be cut out,” the fire commissioner said.

McDaniel had served nearly two years as a fire rescue officer with the Dallas Fire-Rescue Department, according to the department’s spokesman Jason Evans. He worked for Fire Station 36. “Despite his short tenure, hearts are heavy with grief as we not only try to come to grips with his loss departmentally but to also be there in every way that we can for his family,” Evans said in a statement. The fire department said McDaniel was single and had no children but that he was survived by his family in Denver, including his father, mother and older brother.

It’s unclear what caused Sunday’s deadly crash. The National Transportation Safety Board is investigating the incident and is slated to provide an update on the crash late Monday afternoon.

Authorities said the helicopter is owned by Liberty Helicopter Tours, which on its website calls itself the “largest and most experienced helicopter sightseeing and charter service in the Northeast.” In a statement, the company said it is “focused on supporting the families affected by this tragic incident and on fully cooperating with the FAA and NTSB investigations.” 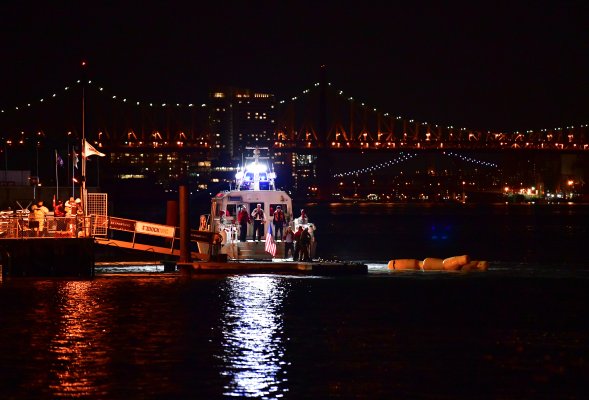 Victims in NYC Helicopter Crash Were Strapped In
Next Up: Editor's Pick