How Barbershops Could Play a Role in Lowering Blood Pressure

A new study suggests that barbershops can provide more than just a hair trim; they can also help improve the health of their patrons.

The report, published in the New England Journal of Medicine, found that black men who visited a barbershop with a pharmacist-led blood pressure program had significantly better blood pressure levels six months later.

Black men have the highest rates of high blood pressure compared to any other racial, ethnic or gender group. They are also much less likely to go to the doctor compared to black women. In this experiment and others, public health interventions have targeted barbershops in order to improve the health of the men who visit them.

Each man was assigned either to a control group or to a program, where his barber would recommend that he meet with a trained pharmacist at the barbershop. That pharmacist would measure the men’s blood pressure, encourage lifestyle changes and prescribe blood pressure medication.

MORE: Almost Half of Americans Have High Blood Pressure Under New Guidelines

In the control group, the barbers talked to the men about blood pressure and healthy lifestyle changes and encouraged them to see a health provider. But the men did not meet with a pharmacist in the barbershop.

The researchers found nearly 64% of the men who met with pharmacists monthly at their barbershop achieved a blood pressure level of less than 130/80 six months later, compared to the nearly 12% of the men in the control group.

The researchers write in the study that they believe the intervention succeeded because the pharmacists made getting blood pressure treatment very convenient. Also, barbers are often trusted community members, and men in the study went to see them often: around every two weeks, which helped ensure regular follow-up. 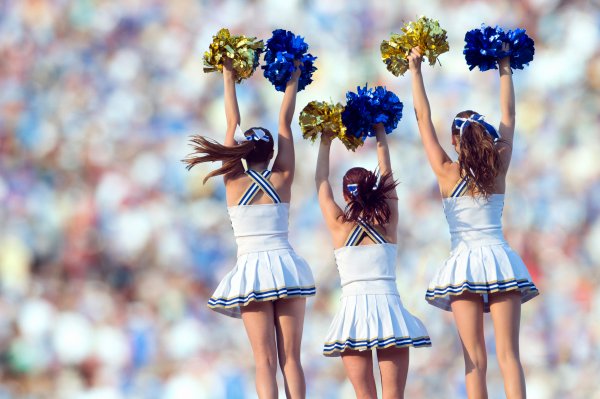 Thousands of Cheerleaders Are on Alert for Mumps After a National Competition
Next Up: Editor's Pick