Betsy DeVos Helped Reshape Michigan Schools. But She Won't Say Whether Her Reforms Made Them Better

U.S. Education Secretary Betsy DeVos speaks to the news during a press conference held at the Heron Bay Marriott about her visit to Marjory Stoneman Douglas High School in Parkland on March 7, 2018 in Coral Springs, Florida. DeVos was visiting the high school following the February 14 shooting that killed 17 people. (Photo by Joe Raedle/Getty Images)
Joe Raedle—Getty Images
By Maya Rhodan

Education Secretary Betsy DeVos was pressed on the benefits of school choice during an interview on CBS’s 60 Minutes that aired on Sunday.

The tense exchange led the Trump Cabinet official to concede that perhaps she should actually visit the struggling schools that school choice programs divert funds away from in favor of giving some students access to private education.

“I don’t know. Overall, I — I can’t say overall that they have all gotten better,” DeVos responded.

Stahl pointed out that programs that diverted funds away from struggling public schools to private ones did not, as DeVos and other advocates have argued. Stahl said: “No, but your argument that if you take funds away that the schools will get better is not working in Michigan, where you had a huge impact and influence over the direction of the school system here.”

Initially, DeVos said she was “hesitant” to discuss schools generally because “schools are made up of individual students attending them,” to which Stahl responded that schools across the state are performing poorly.

An assessment of student performance on a national test showed that Michigan students have made little improvement since 2003, according to the Detroit News. In 2016, the president of the Michigan state board of education, John Austin, told Politico that the expansion of school choice was “destroying learning outcomes … and the DeVoses were a principal agent of that.”

Toward the end of the exchange Stahl, who also discussed school safety, sexual assault on campus, and #MeToo with DeVos, suggested that the Secretary of Education should actually pay of visit to underperforming schools after she revealed that she had not done so.

“Maybe you should,” said Stahl. 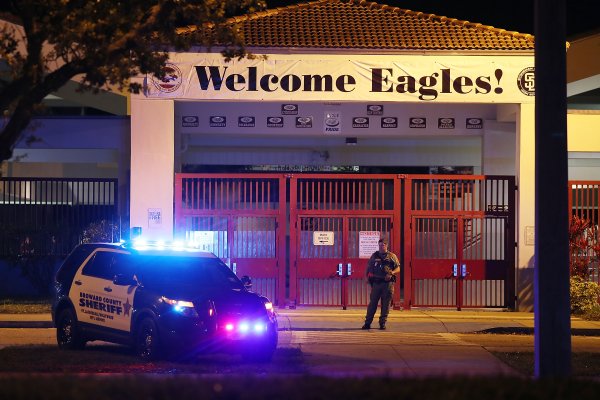 'It Is My Greatest Fear.' Superintendents Are Shutting Down School Districts Nationwide Over Shooting Threats
Next Up: Editor's Pick