Despite the fact that “discussions of new technology tend to age badly,” John Oliver focused Sunday night’s episode of Last Week Tonight discussing just that. “Technology, the thing that will make television so high def that I will no longer be allowed to appear on it,” he said.

Cryptocurrencies have been grabbing headlines lately thanks to the surprisingly dramatic rise in the value of Bitcoin. While that has dropped in value recently, cryptocurrencies are engendering a “cult-like devotion” among enthusiasts who see the bank-free currency as the key to “financial freedom, bro.” For his part, Oliver seems to think of cryptocurrency as akin to collecting Beanie Babies in that they are valuable if people agree they have value.

The other term that gets batted around with cryptocurrency is “blockchain”, which allows for decentralized banking records that keeps track of all Bitcoin transactions making them “nearly impossible to hack,” according to Oliver, “which could possibly improve security, efficiency, and trust” for banks and large corporations. Blockchain is so buzzy, that companies that add it to their name are seeing their values triple. That led Oliver to the idea of changing his show’s name to Last Bit Tonight with Block Chainiver in the hopes it would “triple the ratings.”

As cryptocurrencies become more popular, Oliver is becoming increasingly skeptical. He pointed at Dogecoin — a cryptocurrency based on a meme starring a skeptical Shiba Inu—noting that “people buy coins for no other reason than that other people are buying them.”

As another case-study, Oliver pointed at Eos, a blockchain platform that has raised a billion dollars even though it hasn’t proven any use yet. Oliver doesn’t think that Eos is going to be the next Google (“I could be wrong. I’m absolutely not, but I could be,” he said) but as gigantic sums of money fly around, he wants to remind investors and armchair speculators to be careful out there. To underline that point, Oliver conscripted Keegan-Michael Key for a crypto-culture inspired rap reminding people to be careful, or as crypto bros might call it, “craeful.” 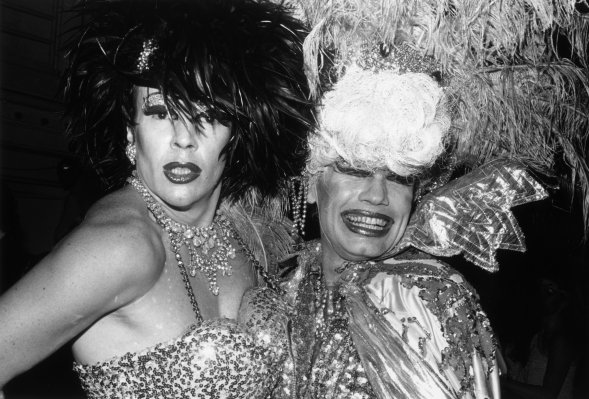 'RuPaul’s Drag Race' and What People Get Wrong About the History of Drag
Next Up: Editor's Pick