Video footage released by the ministry appears to show the ‘Kinzhal’ missile detaching from a fighter jet. Russian officials said the missile — named after a type of dagger — successfully hit the assigned target, the BBC reports. The ministry described the launch as “normal.”

The missile is one of a range of next generation nuclear weapons unveiled by Russian President Vladimir Putin on March 1 that are designed to get past America’s defense systems. Putin has called the Kinzhal missile the “ideal weapon” and said it has a range of 1,200 miles and travels at 10 times the speed of sound.

On Sunday, U.S. Defense Secretary James Mattis expressed doubt that Russia had developed such an advanced weapon and said the test would not affect U.S. policy, according to CNN.

“I saw no change to the Russian military capability, and each of these systems he [Putin] is talking about that are still years away, I did not see them changing the military balance,” Mattis told reporters in Oman. “They did not impact any need on our side for a change in our deterrent posture.”

Russia is holding presidential elections next week, which Putin is widely believed to win. 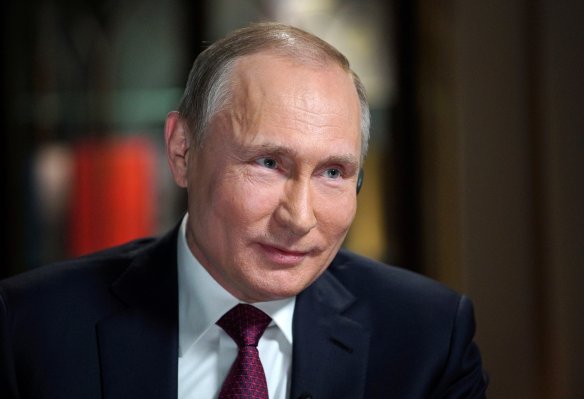 Putin Almost Had a Passenger Plane Shot Down in 2014
Next Up: Editor's Pick