A Good Marriage May Help Keep You Thin, Study Says

Over the years, researchers have found more than a few health benefits associated with a supportive marriage, from a longer life to a lower risk of heart attacks. When it comes to weight, however, married couples have appeared to be at a disadvantage. Some research has suggested that getting married may make people gain weight, and one study of newlyweds even found a connection between marital satisfaction and packing on the pounds.

A new study, however, has good news for the happily coupled. It found that the better and more supportive a person’s marriage, the less likely he or she is to gain weight and become obese in middle age. The findings were published recently in the journal Health Psychology.

“This study suggests a supportive marital relationship is associated with healthier body weight in midlife,” said study co-author Ying Chen, a postdoctoral fellow in the department of epidemiology at the Harvard T.H. Chan School of Public Health, in an email to TIME. “It adds to the evidence that a positive social relationship is a health asset.”

The researchers asked almost 2,650 people who were married or in long-term “marriage-like” relationships about their levels of marital support and strain, as well as the overall quality of their partnerships. They assigned numerical values to their relationships based on these responses, then tracked weight gain over a follow-up period of almost nine years.

These perks are likely related to the well-documented health benefits of social support, which may prompt partners to encourage each other to pursue healthy behaviors and steer clear of destructive habits. That’s not true of every couple, Chen says, but the pattern is consistent at the population level.

Interestingly, however, marital strain did not appear to strongly affect weight gain either way — a finding that Chen says surprised the researchers.

“It is possible that middle-aged couples have stayed in the marital relationship for a longer time and may have developed effective strategies to cope with negative marital experiences,” she says. “Another possibility is that because this study only included participants who were married or in a marriage-like relationship when assessed in mid-life, those in stressful marital relationships may have ended their marriage in earlier life and were thus not eligible to be in our sample.”

Looking specifically at middle-aged people may also explain why this study found weight benefits associated with a good marriage, while the prior study among newlyweds found a link between marital satisfaction and weight gain. The newlywed study posited that getting married might make young people more lax about their weight, as they no longer need to worry about finding a partner. Older married people, however, might have different values and prioritize health outside the context of physical appearance, Chen and her colleagues write in the new paper.

The fact that unmarried couples in committed relationships saw the same weight benefits as spouses suggests that tying the knot may not be the only way to achieve that benefit.

“Our study adds to the growing evidence that positive social relationship (not just marital relationship, but greater social integration and social support in general) may be related to a number of better health and well-being outcomes,” she says. 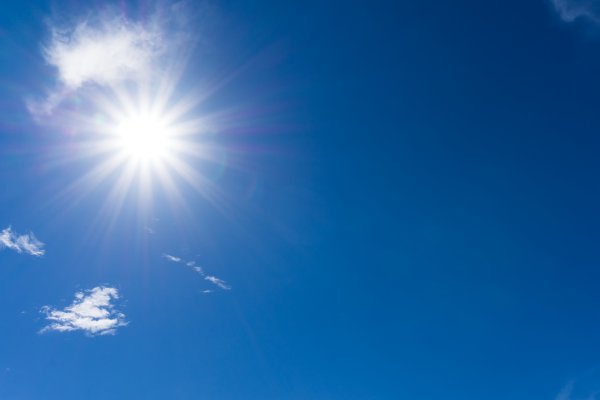 Want to Protect Yourself From Getting the Flu? Get Some Sunshine
Next Up: Editor's Pick