When it comes to black women, sometimes Americans don’t recognize that sass is simply a more palatable form of rage. Americans adore sassy black women. You know, those caricatures of finger-waving, eye-rolling black women at whom everyone loves to laugh — women like Tyler Perry’s Madea, Mammy in Gone with the Wind, or Nell from that old eighties sitcom Gimme a Break! These kinds of black women put white folks at ease.

In my first terrible job after college, my boss, an older white woman, told me that the students at the predominantly black school at which we worked had deemed her an honorary black woman. When I looked at her with question marks in my eyes, she said, “You know, they mean the way I talk to them and roll my neck,” and demonstrated it for me. I went on back to my desk.

Years after that, I was doing a summer abroad in South Korea. My Malaysian roommate, who had seen many episodes of the old nineties sitcom Family Matters, told me that she loved black women because we were sassy like Harriette and Laura Winslow, the main black female characters on that show. To her, these stereotypical portrayals made black folks seem understandable, even though to me, her descriptions felt like we were exotic others. She loved it, she said, when black women put their hands on their hips and swiveled their necks in protest. Not wanting to offend this woman who I otherwise really liked, I simply said, “We’re not all like that.” She looked disappointed.

I am fat, black, and Southern. But this is not a sassy black girl’s tale. Black women turn to sass when rage is too risky — because we have jobs to keep, families to feed, and bills to pay. Black women who hold their communities together also hold our broader American community together. But it’s unclear whether we are really being taken seriously.

Owning anger is a dangerous thing if you’re a fat black girl like me. Angry Black Women get dismissed all the time. We are told we are irrational, crazy, out of touch, entitled, disruptive and not team players. The story goes that Angry Black Women scare babies, old people and grown men. This is absurd. And it is a lie. If you have the nerve to be fat and angry, then you are treated as a bully even if you are doing nothing aggressive at all. The truth is that Angry Black Women are looked upon as entities to be contained, as inconvenient citizens who keep on talking about their rights while refusing to do their duty and smile at everyone. Don’t you just hate when folks yell at you to “Smile!”? I told the last man who said that sh-t to me, “You smile!”

Some years ago, I ran into a former student on the college campus where I was teaching. Erica was a brilliant black girl who wrote great papers and asked really smart questions. As we were standing around with a group of others, chatting, she said, “I loved having you as my professor. Your lectures were filled with rage. But it was, like, the most eloquent rage ever.” I immediately felt defensive. What did she mean by rage? “I’m not angry,” I told her. “I’m passionate.” By then, I was wary of the Angry Black Woman stereotype. Even though I was only in my mid-20s at the time, I had already experienced many years of white people doing that thing they do to articulate black women — always asking us, “Why are you so angry?” I hated the accusation from others, usually white people, because it was unfair, a way to discredit the legitimacy of the things black women say by calling them emotional and irrational. But Erica was a black girl. She fixed me with a telltale look that only another black woman can give you, a look that said, Girl, be for real. And then she said, “Brittney, you know you’re angry.” I felt exposed. I couldn’t even say anything. She had seen through the veneer, seen the lie I was telling. It was devastating. And life-changing.

I was angry. As hell. And I was fooling no one.

Black women have the right to be mad as hell. We have been dreaming of freedom and carving out spaces for liberation since we arrived on these shores. There is no other group, save Indigenous women, that knows and understands more fully the soul of the American body politic than black women, whose reproductive and social labor have made the world what it is. This is not mere propaganda. Black women know what it means to love ourselves in a world that hates us. We know what it means to do a whole lot with very little, to “make a dollar out of fifteen cents,” as it were. We know what it means to snatch dignity from the jaws of power and come out standing. We know what it means to face horrific violence and trauma from both our communities and our nation-state and carry on anyway. But we also scream, and cry, and hurt, and mourn, and struggle. We get heartbroken, our feelings get stepped on, our dreams get crushed. We get angry. 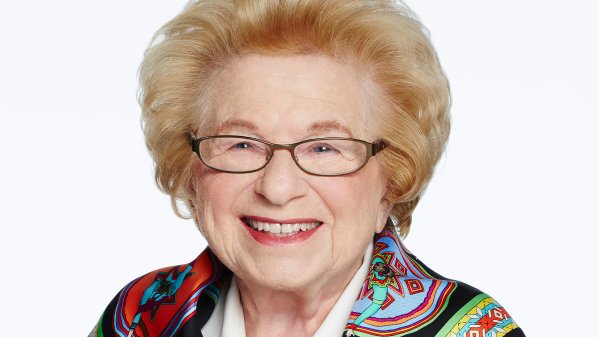 Ask Dr. Ruth: How Can I Help My Partner Last Longer in Bed?
Next Up: Editor's Pick