Love, Simon Is a Groundbreaking Gay Movie. But Do Today's Teens Actually Need It?

Nick Robinson stars as Simon, a teenage with a lot on his mind
Ben Rothstein—20th Century Fox
By Daniel D'Addario

There’s a precedent for stories about gay teens coming into themselves. At the movies, films with lofty aspirations, from Oscar winner Moonlight to Cannes favorite Blue Is the Warmest Color, have made stirring and provocative art out of growing up–both what it’s like to discover your sexuality and how to reconcile it with the rest of yourself as you becomes an adult. This year, Call Me by Your Name, a delicately made film about a teenage boy who learns valuable lessons after having an affair with his father’s assistant, was effectively welcomed into the canon when it was nominated for four Oscars.

But those films are all squarely aimed at adults. Sure, there might be some teens seeking out Call Me by Your Name, but they’re hardly the traditional target for art-house cinema. The new movie Love, Simon represents something new: a look at what it’s like to be a gay teen that’s as slick and mainstream as can be, like any other YA romantic comedy. In the film, Simon (Nick Robinson), a high school senior, enters into an anonymous online romance with a classmate. But neither he nor his email pen pal are out, and both struggle to articulate what seems to Simon–in spite of endless social advantages and a nurturing, liberal-minded family–impossible to say out loud.

As Simon, Robinson is both effortlessly charming and brusquely masculine in the way of teenage boys. Simon is a drama club member, yet he looks incomplete without a lacrosse stick in hand. As his profile at school evolves, he’s mocked for being gay by the jocks, but elsewhere his search for a boyfriend is met with a zealous encouragement that saps the movie’s tension. Plenty of gay kids are supported by those around them, but how many are applauded and rooted on by the school en masse, as Simon is, as they seek love?

The movie faces a double bind. Young queer people in bad situations, for whom it could represent a meaningful piece of affirmation, might well find its stabs at relatability fairly ludicrous. As we watch Simon’s nurturing parents giving him a new car, parked outside their picturesque suburban home, he intones in voice-over narration, “I’m just like you.” Sure thing, Simon! But those kids who were met with support when they came out are probably too sophisticated for Love, Simon–so much so that its vision of how good it feels for a masculine, traditionally attractive bro to receive encouragement might not resonate at all.

A milestone that feels overdue–the first mainstream teen comedy foregrounding a gay character–may have been outpaced by real life. Can a love story centered around a gay teen who is very carefully built to seem as straight as possible appeal to a generation that’s boldly reinventing gender and sexuality on its own terms?

The film certainly has a pedigree that suggests it will find its audience. The film’s director, Greg Berlanti, is best known for producing broadcast TV series that are beloved among teens, including Arrow and Riverdale. The latter show’s success, though, illustrates exactly what Love, Simon is lacking. Based on the hypercolor Americana of Archie Comics, Riverdale is edgy to a fault, making use of both highbrow literary references and all manner of darkness that plays with being “adult.”

Riverdale, and the more troubling Netflix series 13 Reasons Why–which is careeningly careless with its treatment of a character’s suicide–are what all kinds of teens have proved they want. Who could blame them? Both shows take on, in freewheeling fashion, various challenges that could befall a teenager, and then amp up those stories with a level of operatic dudgeon that’s a part of being in high school; whether the subject is sex or suicide, it’s a style that speaks directly to young people. Love, Simon, which begins with a slightly difficult-to-take premise and with every narrative twist moves further into a fantasyland idyll, could have used some of those shows’ probing curiosity about what really makes teenagers ache or yearn or want to grow up. And it could, too, have used their willingness to push into more complexity. There’s no reason that the first gay romantic comedy for young viewers necessarily needed to look so much like the pat, flat rom-coms with which today’s teens are barely familiar.

Adult audiences may be best equipped to judge the movie based on what it would have meant to them had it come out when they were teens, which is: a lot! The culture, even a decade ago, was awash in anti-gay rhetoric and messaging, from shows like The Office to movies like The 40-Year-Old Virgin. (The former relentlessly teased its lone queer office drone; the latter, a liberal-minded comedy, paused the action for a lengthy sequence of mean gay jokes.) Love, Simon is a corrective to that, presenting a universe in which being gay is, finally, O.K. What a lovely thing to hear in a world that’s constantly telling you that you don’t fit in.

But that’s precisely the problem. Kids like Simon, in 2018, already have a good shot of fitting in. They don’t need this movie. Will they look up from Netflix to notice that it has premiered? Love, Simon feels like a film responding to an entirely different culture, like one in which gay marriage was never legalized. That decision both acknowledged that equality for gays had won the day and opened the door for far more interesting and challenging fights, ones the next generation will lead. Movies that integrate those stories are ones worth anticipating with relish. Love, Simon, by contrast, simply feels like looking back in time. 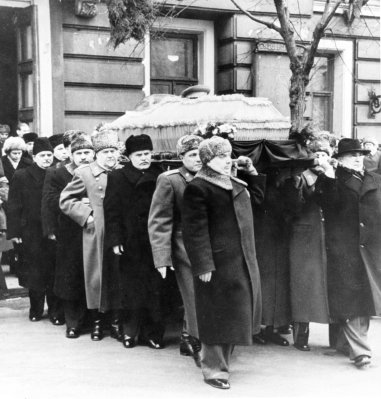 Armando Iannucci on 'The Death of Stalin' and Making a Funny Movie About Real Historical Trauma
Next Up: Editor's Pick